I recently met up with a friend who is about to become a first time mother.  As we caught up over coffee, we talked about all the people we knew in common that had recently become mothers and how it seemed like their personalities had changed simply from becoming mothers.

My first impulse was to exclaim, “Oh you just wait!”, but I fought it because I have taken a solemn vow to not be that annoying person to soon to be parents.  They will see whether I tell them or not.  And really, there’s nothing you can say that will fully explain all the ways motherhood changes you.

So I got to thinking about all the things motherhood has given me, both good and bad.

Motherhood has given me an indescribable love.  It really is true how the love for your children knows no bounds.  It may take a while to bond with them at first, and there are absolutely times where you may not like them too much, but it really is the best definition of unconditional love.

Motherhood has given me an indescribable fear.  The equal and opposite reaction to the love.  Even when you take every precaution to guarantee their safety or happiness, things can still happen beyond your control, and that’s the scariest part of all.

Motherhood has given me some of the best friendships I could ask for.  It’s brought me closer to old friends I knew before kids and it’s lead me to meet some of the best friends I’ve ever had.  Something about the shared experience of motherhood is so bonding and replenishing.  Nobody understands your life like someone who is in the exact same life stage as you.  Older mothers forget the daily struggles and look back nostalgically and women who aren’t mothers, while supportive, just don’t understand in the same way.  If you’re lucky enough to find your people never let them go because they will be the most supportive and empathetic people to get you through the tough days. Motherhood has taken away any ounce of free time.  Even on the rare chance I do get a few hours to myself, the time is never free.  It’s been carved out and scheduled.  It’s free time disguised as a solo trip to the grocery store to check something off the to do list, when you’d really rather be eating ice cream and watching reality tv.  More often than not, free time for myself comes at the cost of family time, or free time for my husband or a date night.  But it always comes with a large side of guilt because if I’m doing something for myself that means I’m not doing something for the family and there is always something to be done.

Motherhood has given me intentionality.  Time is no longer my own, which has forced me to be very picky about what I do with it.  There’s no room for people pleasing.  We’d love to go to that dinner (really, we would), but our kids go to bed at 7.  It’s taught me how to steal moments.  I’ve got 15 minutes before I have to wake the baby and do the preschool pick up.  I’m going to read for 15 minutes in silence instead of starting a load of laundry because I can start laundry with the kids around but the reading is impossible.

Motherhood has taken my confidence.  Before kids I considered myself a confident, decisive person.  I knew what needed to be done and I did it.  I’m no longer making decisions just for myself and occasionally for my husband and I. I’m making decisions for two other humans from the second I wake up until the second they (hopefully) go to bed.  I second guess every decision because the consequences of my decisions are sometimes paralyzing.  A temperature at 101.8- do I give the meds or ride it out?  Another episode of Mickey Mouse Clubhouse- it’s rotting their brains!  Is 2 too early for preschool?  Are we reading enough books?  Should I be pushing harder to potty train?  Motherhood isn’t a math equation.  There are a million ways to arrive at the same answer.  Some are long and roundabout and others are short and direct, but you never know if it is the right answer until long after the decision has been made and by then there’s no going back.  This has definitely been the hardest part for me because what if I’m wrong?

Motherhood has given me the best life lessons I didn’t even know I needed.  I can’t control everything.  Stop worrying about what other people think.  I’m doing better than I think.

Motherhood has taken my modesty and privacy.  Not that I would have ever considered myself a modest person, but I’m pretty sure any bit I had was obliterated as the labor & delivery nurse helped me to the toilet 30 minutes after giving birth the first time.  You don’t even want to know how many times I’ve gone to the bathroom with someone sitting on my lap.

Motherhood has given me the best excuses.  A social situation I don’t want to attend?  Oh sorry, the baby is really fussy/I think the kids have colds/we don’t have a sitter/I’m nursing.  Dang it, we can’t go.

Motherhood has taken all my fun.  A social situation I want to attend? Oh sorry, the baby is really fussy/I think the kids have colds/we don’t have a sitter/I’m nursing.  Dang it, we can’t go.

Motherhood has given me the best belly laughs.  Kids are the most hilarious things on the planet. 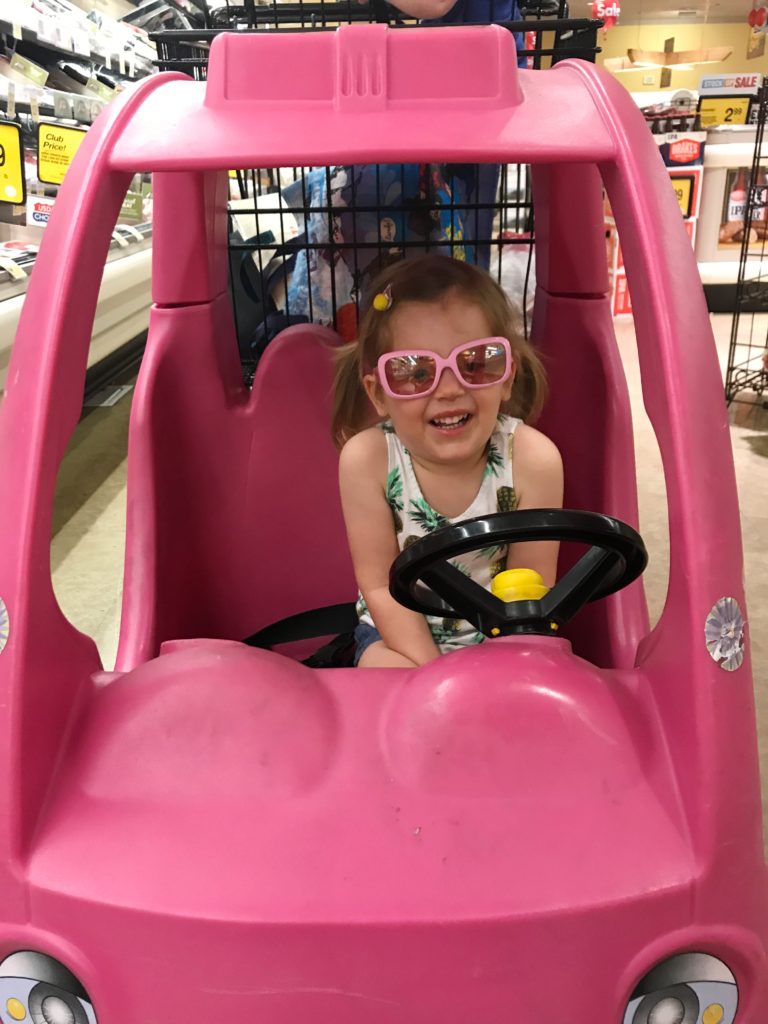 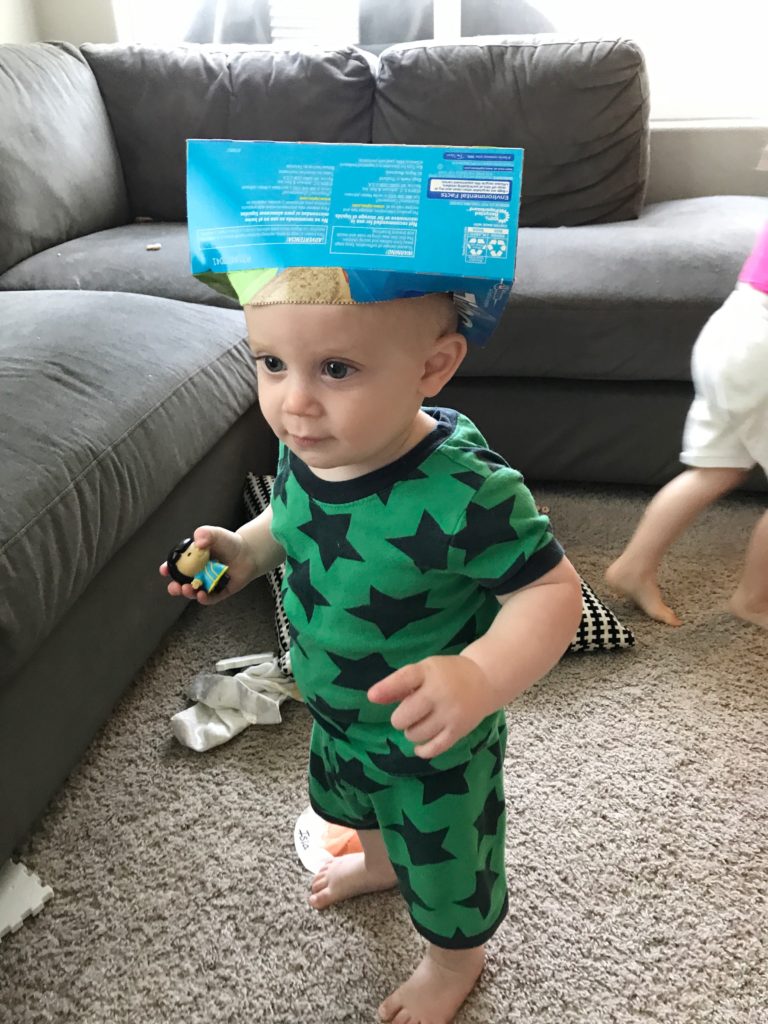 Motherhood has given me some of the rawest, emotional sob fests ever.  Children are adorable and hilarious, but they will cut you down to size with no apologies every chance they get.

Motherhood has taken all my good clothes.  First there was pregnancy when clothes just made me feel like a busted can of biscuits.  Then there was the postpartum stage when nothing really fit how it was supposed to and feeling like I shouldn’t buy new clothes because I’m really hoping I won’t stay this size for long.  This, of course, was paired with the nursing stage where anything you wear must have direct access to the boobs.  And even when you’re out of all that it’s not worth wearing anything good because you’re really just a human Kleenex.  Then, when all of that has passed, you’ve been out of the fashion game for a few years and you just don’t even know where to shop anymore.

Motherhood has given me an endless to do list.  Someone or something always needs my attention.  Always.

Motherhood has taken my identity.  I don’t know whether this is because I stay at home or just simply from becoming a mother, or maybe because my kids are so young, but I feel like I have been completely swallowed up by motherhood.  What were my interests before?  What did I do for fun?  Everything I do is now through the lens of being a mother.  Can I do that with kids?  Can I do that/be that person even if I’m a mother too?

Motherhood has given me my identity.  It’s stripped me down to my purest form and rebuilt me anew.  The past three years have been full of nothing but acts of service which has turned my inconsiderate former self into what I am now.  I withhold any (Ok, most, I’m human.) judgements, especially of mothers and other women.  My plate is filled so high that I just don’t have the energy or time to give much thought to what anyone else is doing.  It’s changed and reshaped me in ways I’m still trying to figure out, but I know it’s given me a better focus and lead me to do things I really love and to not waste time on the rest of it. More often than not, it’s left me in a heap of tears because I just don’t know how to handle being this new person in this new life dealing with all these new things, but I can honestly say that I’d rather be this person than the old person. 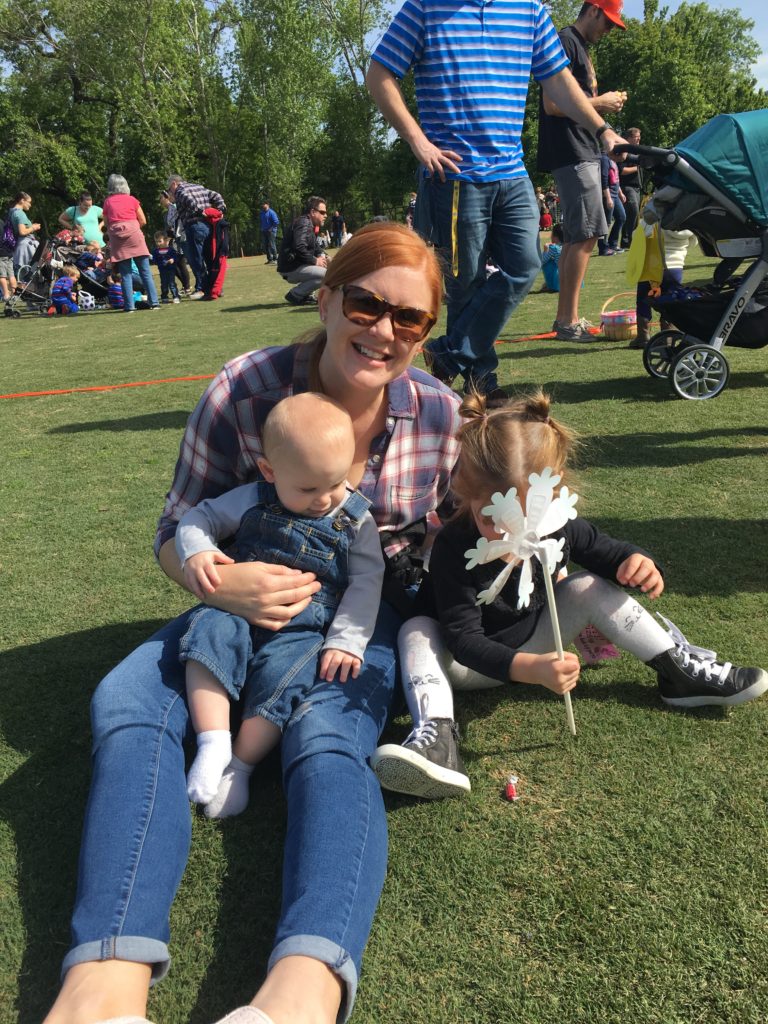 I really do love being a mother, but it is an all encompassing role that catches me off guard most days.  It really just boils down to how you frame the circumstances, I suppose.  I’m learning to be a glass half full kind of person because I’m pretty confident the alternative is a straight jacket and padded room.  The gems that motherhood brings are there, if you chose to find them.