This was our first Christmas with a kid that really understood what was going on, and it was definitely the best yet. We’re still trying to figure out what we like and what should maybe wait a few more years to do.

At 3, Isla was ready for all things Santa. It started pretty early for us with the arrival of the toy catalogs in the mail. I think her favorite thing this year has been flipping through them telling us everything she wants. Spoiler, it’s everything. Then we started to talk about how she needs to ask Santa, which turned into her just talking aloud to him.

She was nervous to go see him at first. We were at the mall in mid-November and he was already there and we looked at him from the second story and she was NOT into it. At all. But when we went to Bass Pro Shop to kill time on a rainy afternoon, she saw him and was all about it. They weren’t dressed in anything cute, so selfishly I wanted to get a better “cuter” picture with Santa at my husband’s office party, but the Santa fear had returned, so Bass Pro Santa it is.

Keep or Quit?: Keep! I didn’t realize some families don’t do Santa until I was an adult (Literally everyone I’ve ever known who celebrates Christmas has done Santa!), but how can you pass up that much joy?

I have been wanting to do this since Isla was born, but I’ve always run out of time or forget. 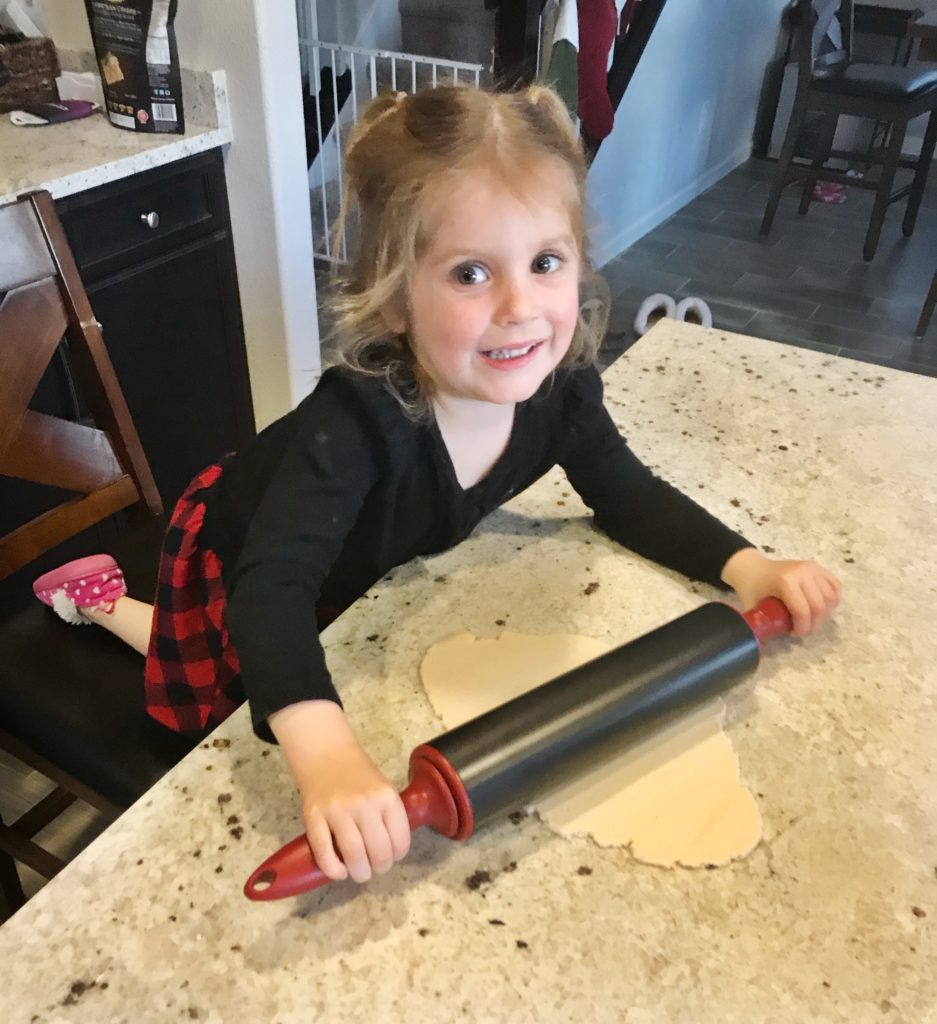 I finally made it happen this year and it was nothing short of a shit show (You’ll notice Nolan isn’t wearing pants and the crushed snowflake cookie cutter…you turn away for one second!), but look at these little hands!! We were also shocked that their hands are almost the same size. 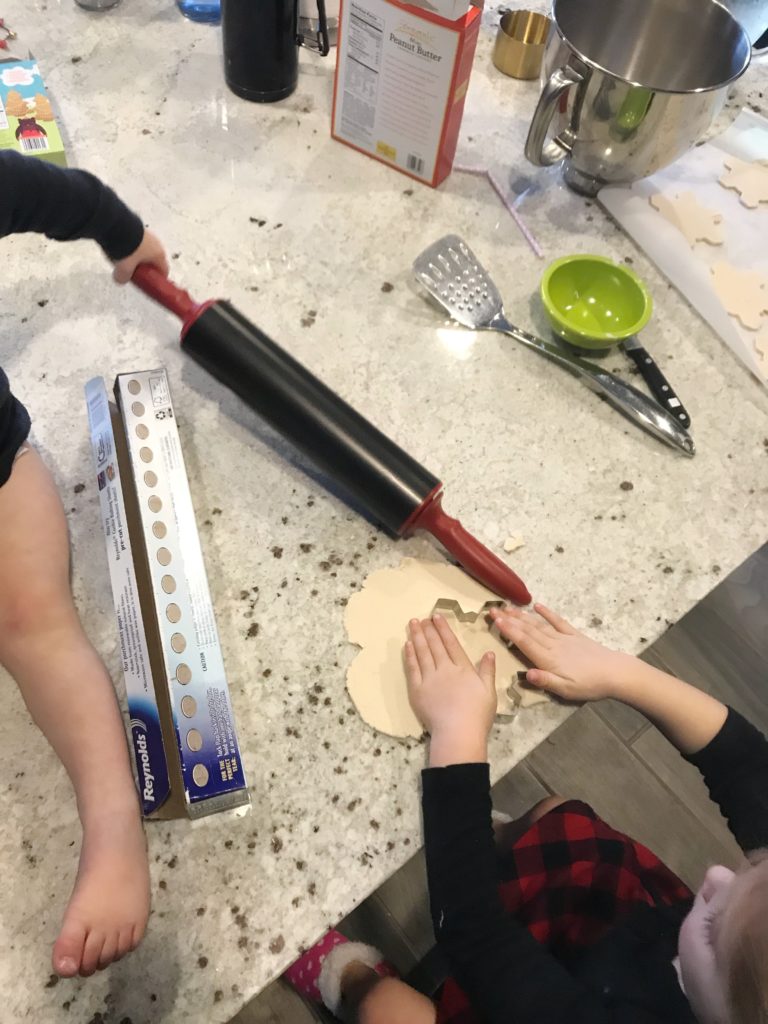 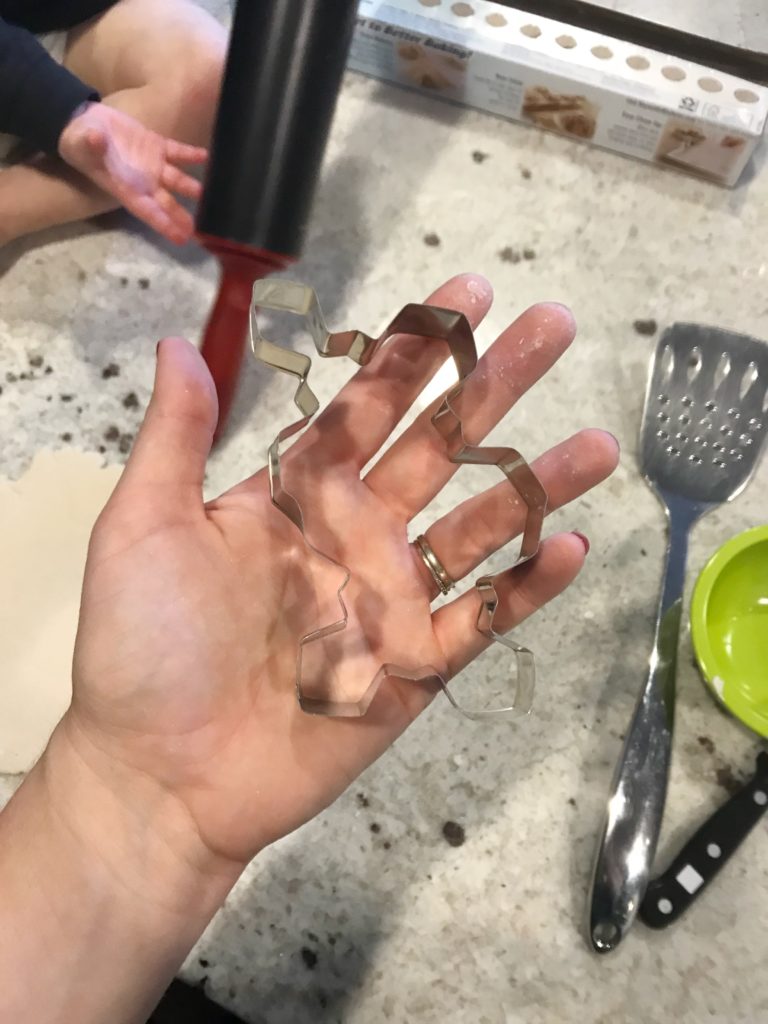 And it turns out I’m a real sucker for a handmade ornament on the tree. Isla didn’t make one at school and I was surprisingly bummed. Damn you motherhood, making me all sentimental. 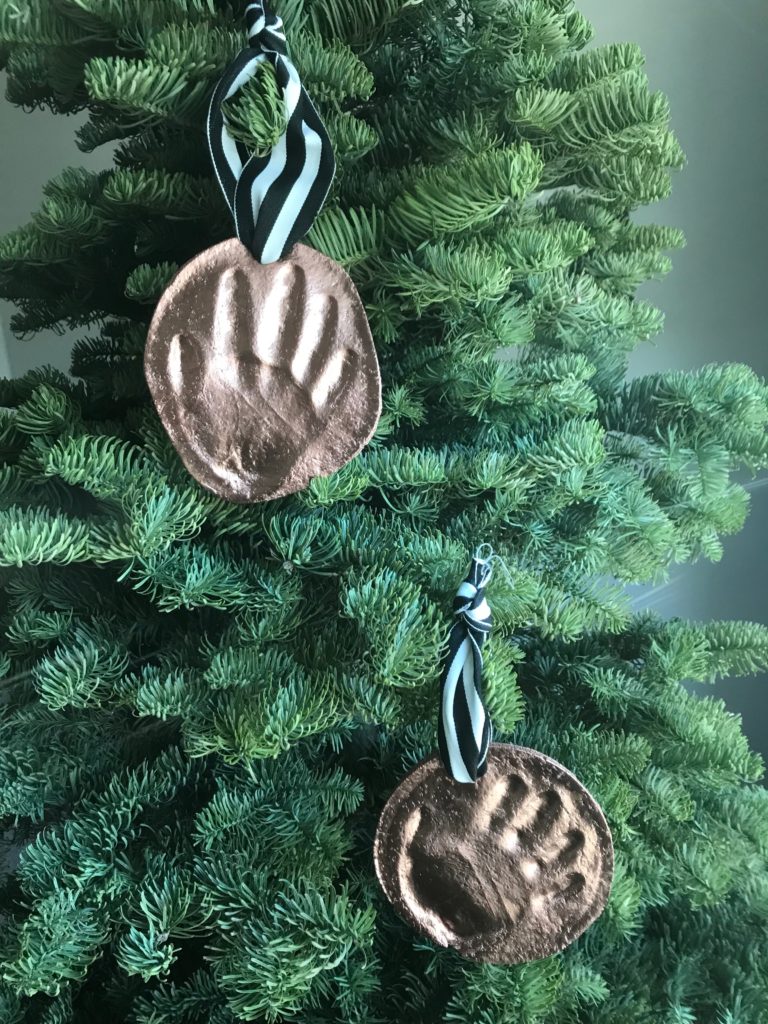 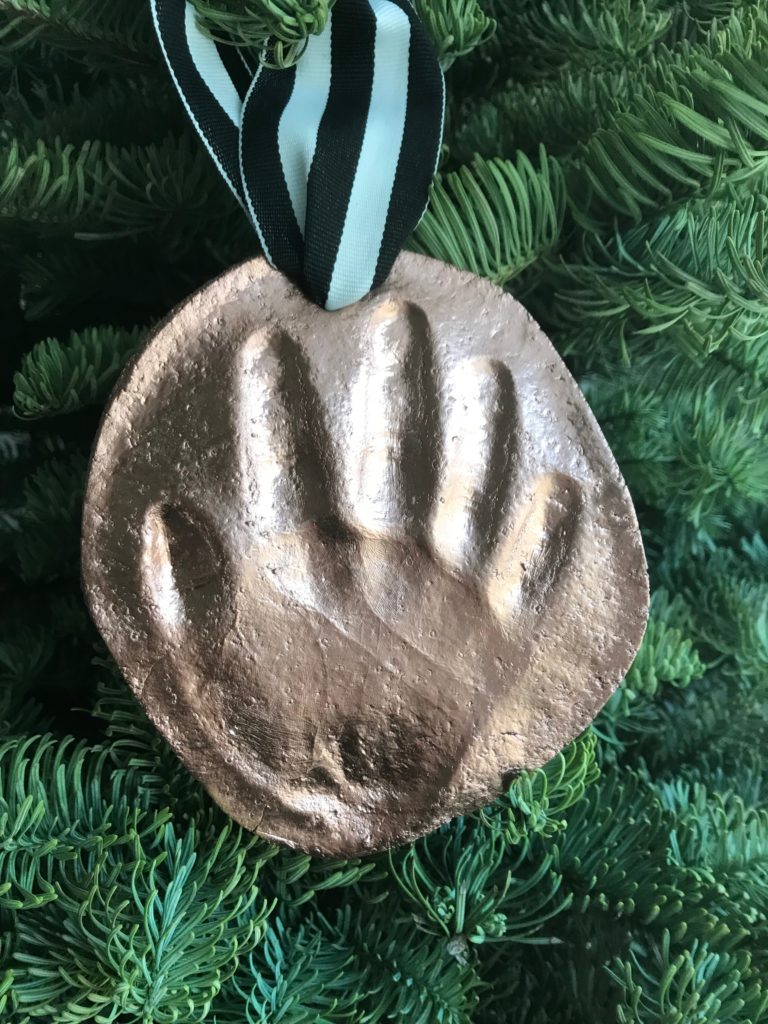 Keep or Quit?: Keeping for sure! Mom amnesia will hopefully help me forget the mess and chaos and only let me remember the sweet handprints I get to keep.

I have always wanted to do family Christmas pajamas, but AJ is an ogre and I’ve never been able to find his size in a pattern that I like or is available to the rest of us, so I’ve replaced that dream with generic jammies for the kids.

I found this night gown for Isla and knew she would never love anything more. Nolan already had four pairs of Christmas pajamas and I really didn’t want to buy him new ones, especially since he has no clue what’s happening, so in my okayest move ever, I pulled a pair out of the drawer and added them to the box. To be fair, they were brand new this year, he had just been wearing them already.

I also threw in this book to read. Our kids are big fans of this series, so I had a hunch it would be a hit.

Keep or Quit? I think this will be a bigger deal next year when they’re a little older. It kind of got lost in the shuffle of the other presents opened on Christmas Eve.

Every year until this year, we’ve gone to cut down a tree in the mountains. Our opportunities were limited this year between AJ’s work schedule and the weather, which got me thinking if was really something we wanted to attempt this year. Last year, Isla cried the entire time because she was too cold, but also refused to wear a jacket and Nolan was still small enough to go in the Ergo. This year I knew these two monkeys were going to be a lot harder to control and the terrain wasn’t going to be forgiving. I could totally see Nolan tumbling down a hill, so we decided to go more local.

It turned out to be a wild goose chase nonetheless, and I didn’t get the family shot in front of our tree I had envisioned, but we’ve got a tree, it’s decorated and it’s now gated off to keep everyone away! 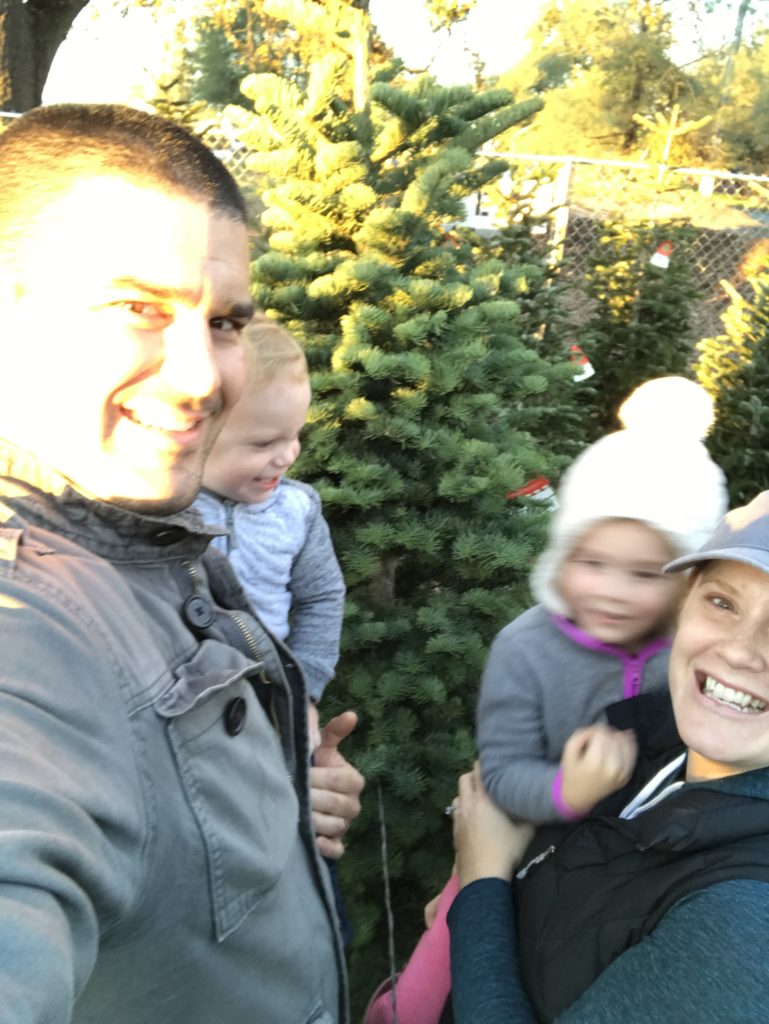 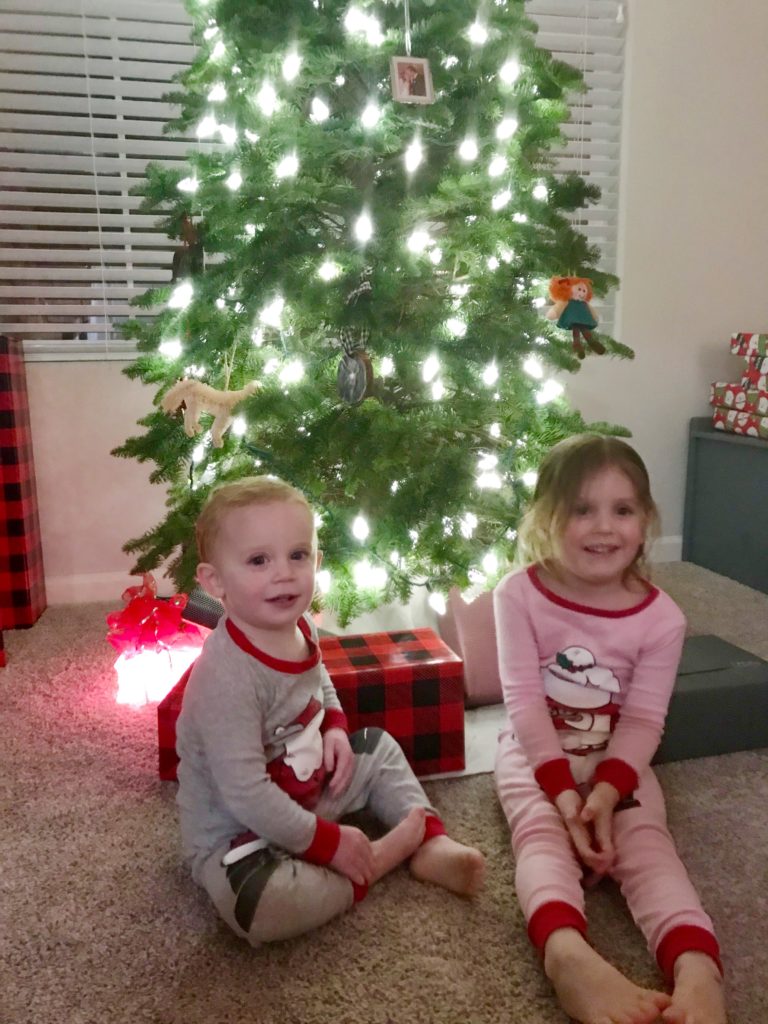 Keep or Quit? It pains me to say this because cutting down a tree is my absolute favorite tradition, but this is on my quit list. I now fully understand the appeal and necessity of fake trees and I think I’m sold. It will definitely be a few years before we can make cutting our own tree down a possibility again and in the mean time I’m totally okay with a fake tree and a candle.

It’s been a lot of fun trying to find traditions that work for our family now, and think about ones that we will be able to adopt as our family grows. There were a few things we missed out on, like my favorite parade ever and the tree lighting ceremony, but I decided I’m not going to feel guilty about the things the kids didn’t even know they missed. I will have plenty of time to stress about those things when they’re older and more aware.

This Christmas was really one of my favorites. Isla understanding Santa was the most fun ever. Nolan had no clue, but fed off her excitement and AJ was off for Christmas Eve and Christmas Day, so that felt extra special to be able to soak in every minute and not have to worry about him missing part of it. I feel like we really focused on enjoying the moment and not worrying about the photo op (as you can clearly see by these lovely photos)! 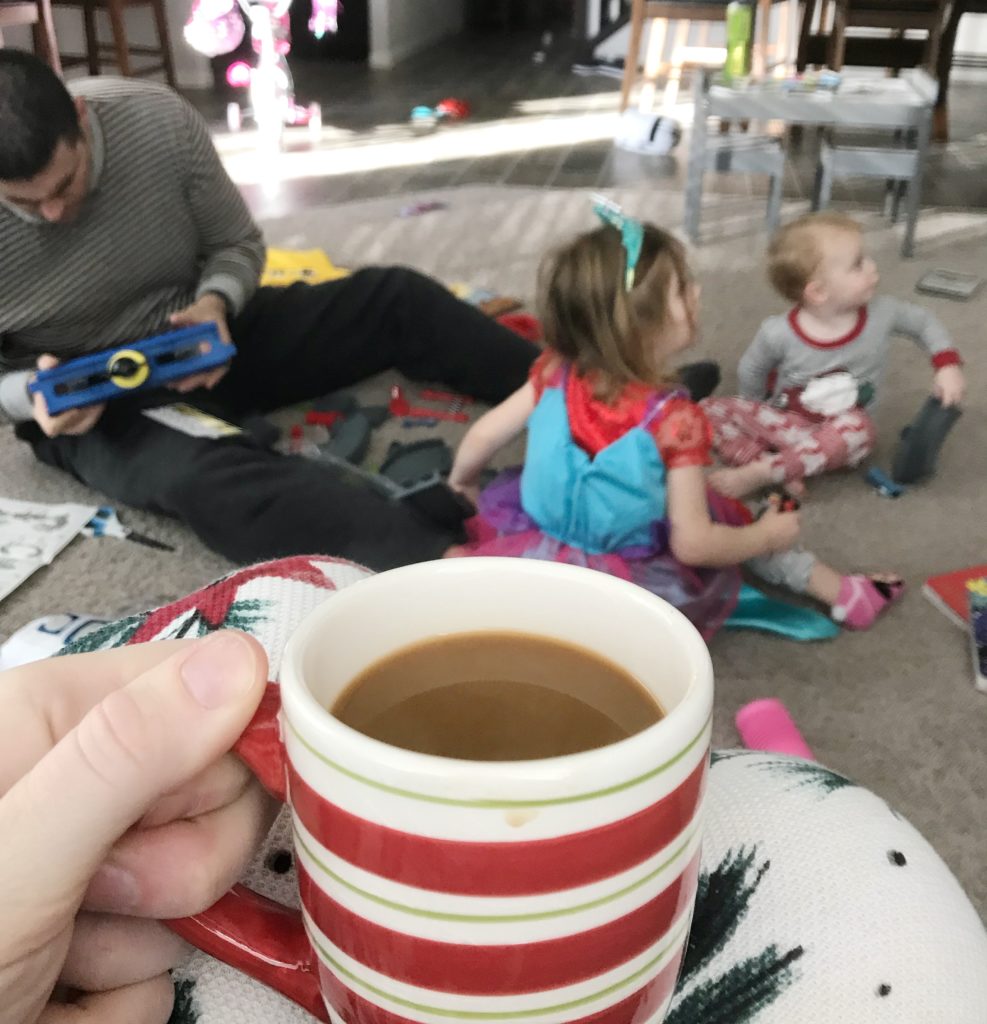 What kind of traditions does your family have? Did you start any new traditions this year?