Do you ever see something and think, “Oh, that’s cute, but I could make it better!”

We were out on a walk the other day trying to fill time between dinner and bed and I saw a cute Fourth of July decoration on a neighbor’s door.  I really like the idea of putting something other than a wreath on the door, and I liked what they had going on, but it was a little too shabby chic for my taste. 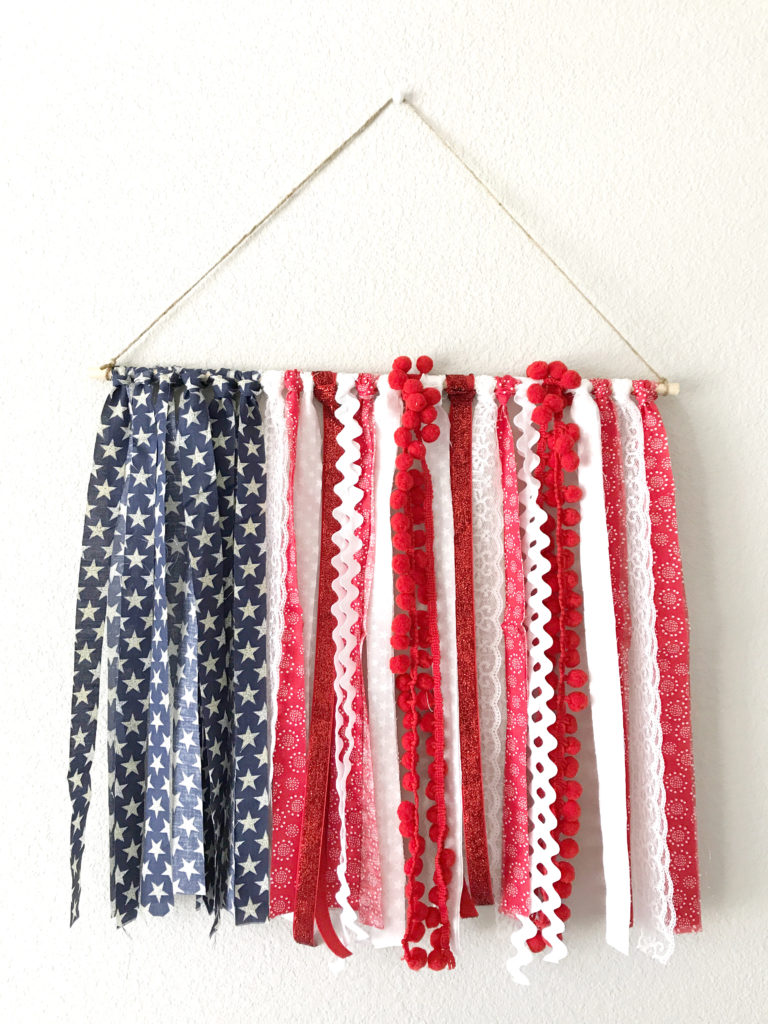 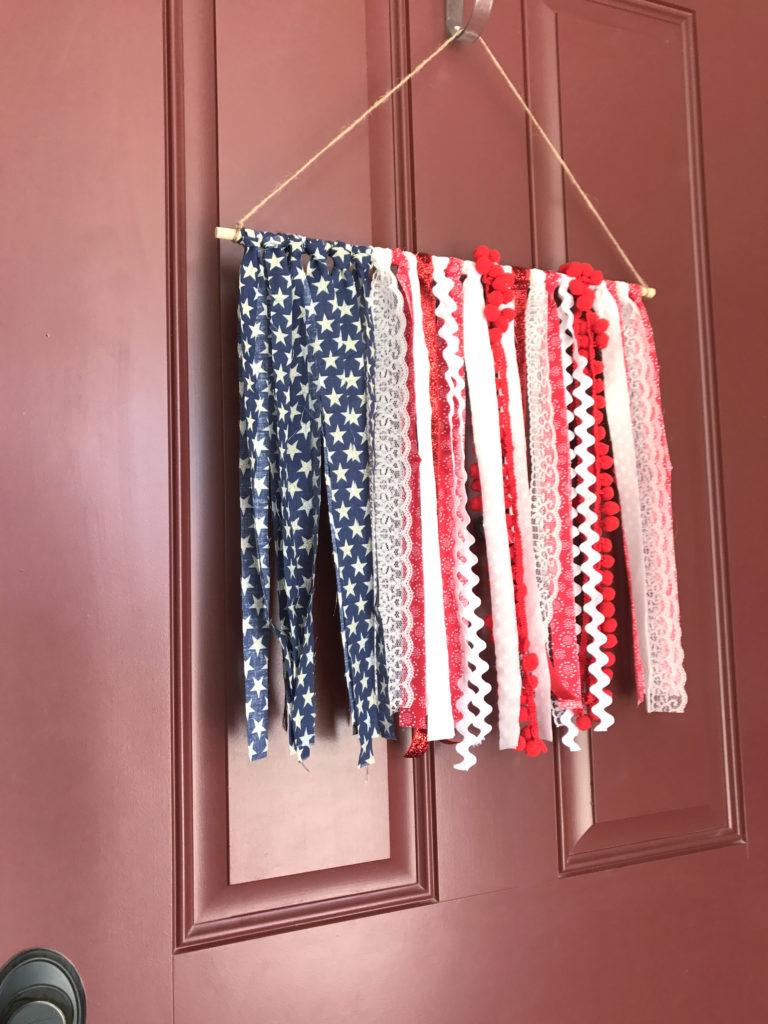 And that’s it!  It’s a quick craft that could definitely be done from set up to clean up in a nap time, which is perfect because that’s about all I ever have time for anymore!

What are your plans for the holiday?  I can’t believe it’s already here!!