In the world of motherhood, perfectionists and sanctimommies are considered especially heinous. On the Internet the dedicated mothers who believe that okay is good enough despite what these other mothers say are members of an elite squad called the Okayest Moms. This is one of their stories.

My entrance in to motherhood was fast and furious. Much like my decision-making all my life; I just let things happen and then deal with them when the time comes. The year was 2010 and within those 365 days I had graduated college, gotten married and was pregnant with my first son. At the time, nothing about that seemed crazy but in retrospect, why were we in such a hurry?!

I recall taking a nap every day after work, taking weekly bump photos, painstakingly decorating a nursery because “that’s what you do.” At the time, we lived in an apartment and I was adamant we paint gray stripes on the wall. The nursery needed them. My dad and Tyler spent days meticulously painting gray stripes on the wall behind our unborn baby boy’s crib. I had it figured out already, this motherhood thing. 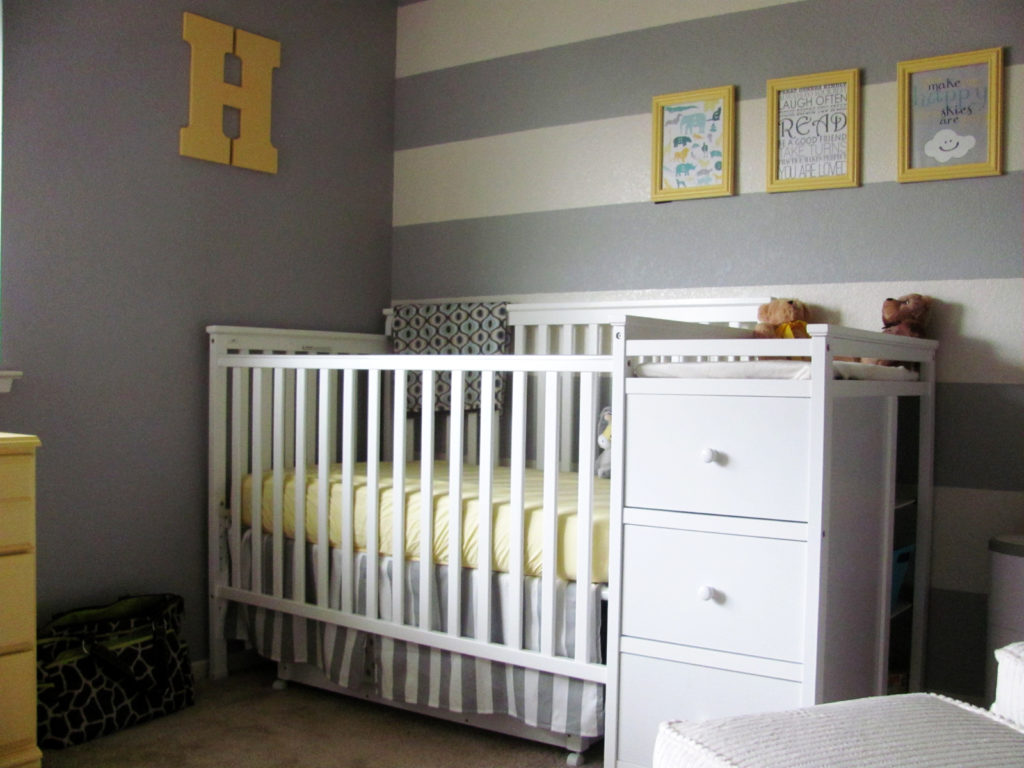 Then the baby arrived and doesn’t even sleep in his nursery… like, ever.

Turns out, this motherhood thing is harder and more complex than I could have ever imagined.

Those first few months of being a mom shook me to my core. Nothing was how I expected. It was as if I had forgotten how to function as a human being and was re-learning the world with a very small human attached to my boob. Everything felt off; everything felt surreal. Time felt infinite. Time felt fleeting. If I stared at him for too long I felt an overwhelming sense of guilt that he was stuck with me: the person who didn’t know what the hell I was doing.

The confidence came slowly, with time. It was fostered through other mothers; mothers who started as strangers, grew to be friends and who are now sisters. These women who are also in the trenches of motherhood, they knew. They know. Struggling through the unknowns of raising small humans is not for the faint of heart and it certainly isn’t meant to be done alone. My second baby came with less of a wave. I was a “pro” now–a pro in the sense that I was aware that I knew nothing and change was the only constant. I was a pro because I knew I wasn’t alone.

My advice for every new mom is the same: find like-minded moms, put work in to the friendship and turn them in to friends. The sisterhood will come during play dates where you might get to have two sentences of adult conversation in between breaking up fights. It will come after awkward new-friend small talk about toddler food and how much sleep you aren’t getting. You become sisters through many “Is this normal…?” kid-related text messages. It will happen after stroller walks when one kid won’t stop screaming for snacks.

It will come when you keep showing up, mothering alongside other mothers. The tribe, this sisterhood, is the most valuable mothering tool we have.

My ascent to being an Okayest Mom was a mixture of realigning priorities and embracing my vulnerability. That second baby didn’t have the meticulously curated nursery that I thought was so imperative to the motherhood experience and that’s okay. I set my introverted nature aside and was then able to grow friendships that I never knew I needed. I became the biggest hypocrite, doing things I said I’d never do, and that’s okay. I learned to say “that’s okay” when it all starts to feel heavy. I learned to say “that’s okay” when the mom guilt creeps in.

I said I would never cosleep. I can’t remember the last night I didn’t have a kid in my bed.

I was sure my kids would only eat what was being served. I’m just happy if both kids are eating.

I’d only do screen time on a very limited basis. Minecraft is educational, right?

I would never fight with my husband in front of the kids. Whoops.

I would do it all with grace and finesse. Motherhood isn’t meant to be done alone and at the risk of sounding cliche–it truly takes a village.

Shifted priorities, getting out of my comfort zone and fostering the sisterhood–a far cry from gray stripes painted on a nursery wall.

Motherhood, in all it’s mess and chaos, looks so different for everyone. It has the power to unite if we let it.

Say it with me: we’re all in this together.