Did this week fly by or just me?  I don’t know how our days got so scheduled lately, but we are always on the go now.

Taking the kids to the park by myself is getting so much easier.  Thankfully it’s been cooler in the Sacramento area this past week, so we’ve been able to get out in the morning and run off some energy.  Nolan has fully mastered climbing, sliding…basically everything there is to do at the park and he’s eating bark less and less, which means he doesn’t need to be hovered over constantly.  This really freaks out all the other parents that I’m not spotting my 15 month old while he climbs the rope ladder, but he’s totally got it, promise.  Actually, taking the kids anywhere is getting easier.  Please do not confuse this with easy, because it’s still a lot of work, just not as much as it used to be.  Pro tip: don’t give both kids giant bouncy balls because the short bald one will throw it at fellow shoppers as you walk by. 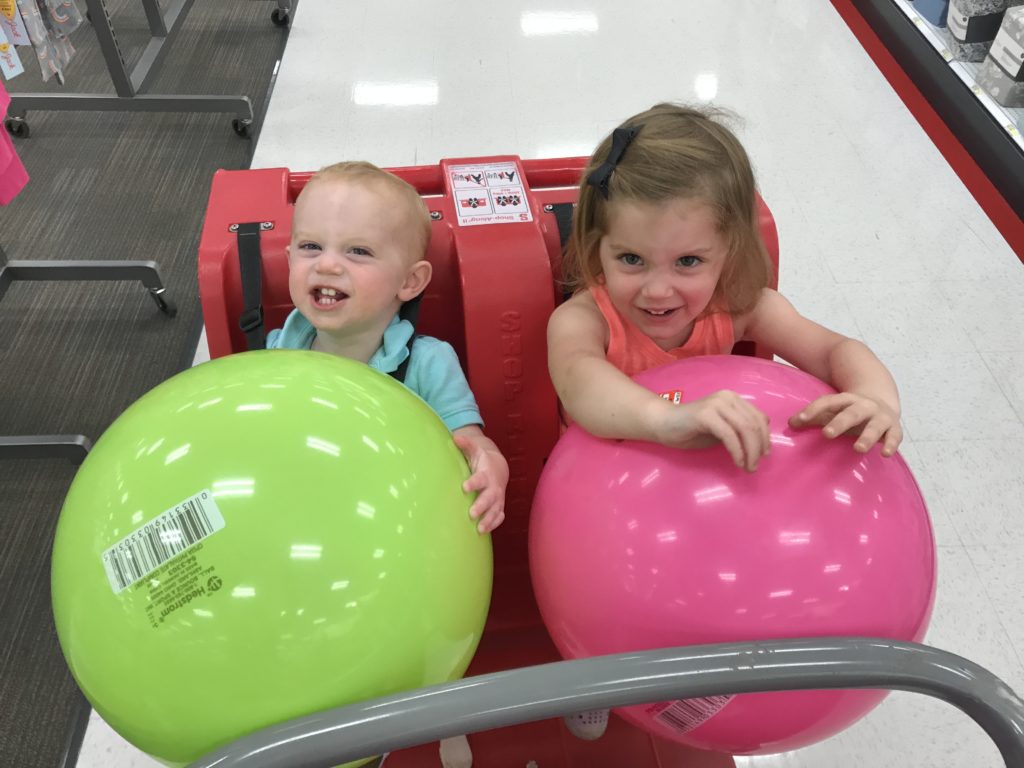 Mom Fail of the Week:

Wednesdays are our assigned day to observe circle time at Isla’s school.  The circle area is conveniently next to a door with a two way mirrored window so you can observe how your child is without giving away your location.  Completely forgot this week.  I blame AJ’s crazy schedule which causes me to never know what day of the week it is (Mondays are Fridays and Fridays are Mondays in our house and nothing ever makes sense.).  Oh well, next Wednesday!

OMG GAME OF THRONES THIS WEEK!!!! Those dragons.  I mean, come on.  And I know I can’t be the only one rooting for a Targaryn/Snow love child, right?!

If you liked that episode, you’ll get a laugh out of this.

I signed up for the Urban Cow half marathon on October 1.  It will be my third road half marathon and I’m really hoping to PR on it because my other finish times seem really beatable, but it’s also my first road race with two kids who weigh a billion pounds and hate being in a jogging stroller.  I think I’m looking at a lot of treadmill miles and I’m not too excited about that.

I’m trying really hard to stop procrastinating and being lazy.  I don’t even know if you can call it being lazy since most of the time I don’t finish things because I get sidetracked by a kid/kids, but I’m trying really hard to complete a task I’m in the middle of if I have the time.  Like instead of leaving the folded clothes on piles in the bed (which the kids inevitably destroy when they play Wrestlemania on the bed), I’m trying to take the extra 3 minutes to put them all away if there isn’t something more pressing pulling me away.  I’m hoping it will keep things a little tidier and keep me from forgetting things altogether.  We shall see.  It’s making me tired just thinking about it!

What are you guys up to this weekend?