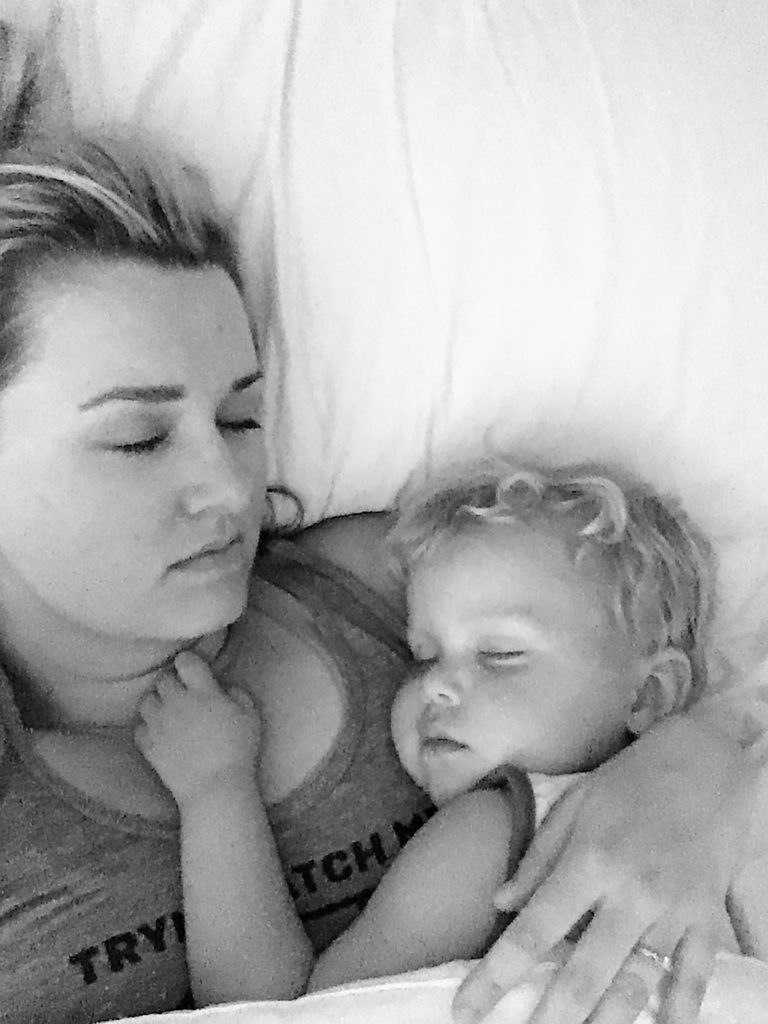 I have a recurring dream where I’m in a car on a two lane road. The car is moving fast and gaining speed while I’m trying desperately to steer and gas/brake, in what I can only describe as a dust storm. From the passenger seat. It feels desperate that as much as I try, I can not get my body to move in to the driver’s seat.

In the deepest of my struggle with my mental health, this dream would come every night. The metaphor is obvious, right? I had no way to gain control, everything I did was wrong and then the panic. Oh, the panic.

I have high functioning anxiety and depression. This is my story so far.

The anxiety came full force after my first baby was born. I was worried all the time. What I thought was “normal” new mom worrying was really racing thoughts and compulsively checking on him to make sure he was breathing. I wasn’t eating–because new moms don’t have time to eat, right? I would get compliments on how fast I lost the baby weight, “Breastfeeding!” I’d exclaim while trying to remember the last time I ate a meal. When I went back to work I felt like someone had ripped off an appendage. My thoughts during the work day cycled between being worried that something awful was happening to my baby and convincing myself that this worrying was normal. I often found myself leaving early because I just couldn’t handle being away from him for one more minute.

The panic was effecting my job.

I didn’t know postpartum anxiety existed. So I shared my experience with no one, hoping I would just get used to my “new normal.” Eventually the panic subsided. But it was always just below the surface, showing it’s face in some situations and not in others. I blame the fact that I was unaware of my triggers of anxiety at the time–something I’ve gotten much better at today–but that’s another post in and of itself.

Two years later, I gave birth my second baby. I thrived. I experienced none of the racing, disturbing thoughts. The baby weight did not “fall off” but I felt confident. It was only then that I realized I wasn’t well after having my first–so I did what any Millennial with a smartphone does, I researched (googled) and learned all about postpartum anxiety and am so angry that I didn’t seek help. I am angry that I didn’t know I needed help.

Why the hell isn’t the mental health of mothers a priority? At the very least, why don’t we simply talk about it more often?

20 months later, my second son weaned from breastfeeding. The hormone drop that accompanies that wasn’t good for me when my first baby weaned–I felt depressed for a solid week before I came out of it so I thought I was prepared for it the second time around.

The anxiety and depression came on slowly at first then in one big, crashing wave. Summoning the brain power to concentrate on my work was impossible and my business suffered. I was disinterested in being creative. I needed to take a nap every single day; if my kids had allowed it, I would have slept for 4 hours. Leaving the house felt like an insurmountable task. I was drinking a lot of wine. My thoughts were always of my failures and how I was letting everyone down. I was failing my own children.

I was drowning. I was hopeless. I am worthless. I don’t matter.

The panic was lying.

In reality, I was functioning. Only the people I told knew anything was wrong at all. I made it to school drop offs on time, never forgot to pick them up and was social with friends. I ran a lot, convincing myself I was “keeping myself sane.” I talked to people. I didn’t see those things as wins, though. Anxiety and depression make you put on a very specific set of blinders; you won’t see anything good beyond them. I felt like I was living one big lie.

On the day I finally called my doctor, the windows were open, the boys at daycare, and I was convinced that our next door neighbor was abusing his wife and daughter. I spent hours listening by the window to confirm this completely made up story I was telling myself. I laid on the ground in panic when I heard his voice. I called my husband in tears 100% sure the women in that house were in danger. On that day, I had my worst panic attack. I couldn’t breathe and it felt like an elephant was sitting on my chest. I was so scared.

The panic had taken complete control.

What came next was a whirlwind. Doctors appointments, finding the right dosage of meds, therapy, some soul-searching. It’s been an uphill battle and I’m not naive to believe that this journey isn’t a two way road: I am in a good place now but I’m always a work in progress.

Anxiety and depression look different for everyone. As does treatment. For me, climbing in to the driver seat of my life has been a joint effort of the support of the people closest to me, therapy, self-awareness, passing time and a daily anti-depressant. Being open and vocal about taking my “crazy pill” is something that has helped me take control of my life again. It never fails to amaze me that when I’m open about my struggle with mental health how many people share their stories. Turns out, so many of us are just trying to climb in to the driver’s seat.

I am not alone. You are not alone either. Our visit to @lassennps! This has to be one of Cal

ICYMI 💖 last weeks episode was all about the v-

Easy #BackToSchool tradition that gets easier as t

Have cat, will travel 🎒 #catsofinstagram #kit

Yeah ok sure ya will

ICYMI ✨ last week’s episode was with Kelsey of

Who’s with us? Tag an #okayestmom friend in the

Maybe it’s the “you only have 18 summers” pr

If you want to hear Heather butcher some Italian w