Short Story: Nolan Donald (after his grandpas, not the president 😉) was born on May 2 at 10:26pm after about 6-7 hours of labor, weighing 7 pounds, 4 ounces and measuring 20.25 inches long. He came into the world sunny side up and immediately pooped on his mother. 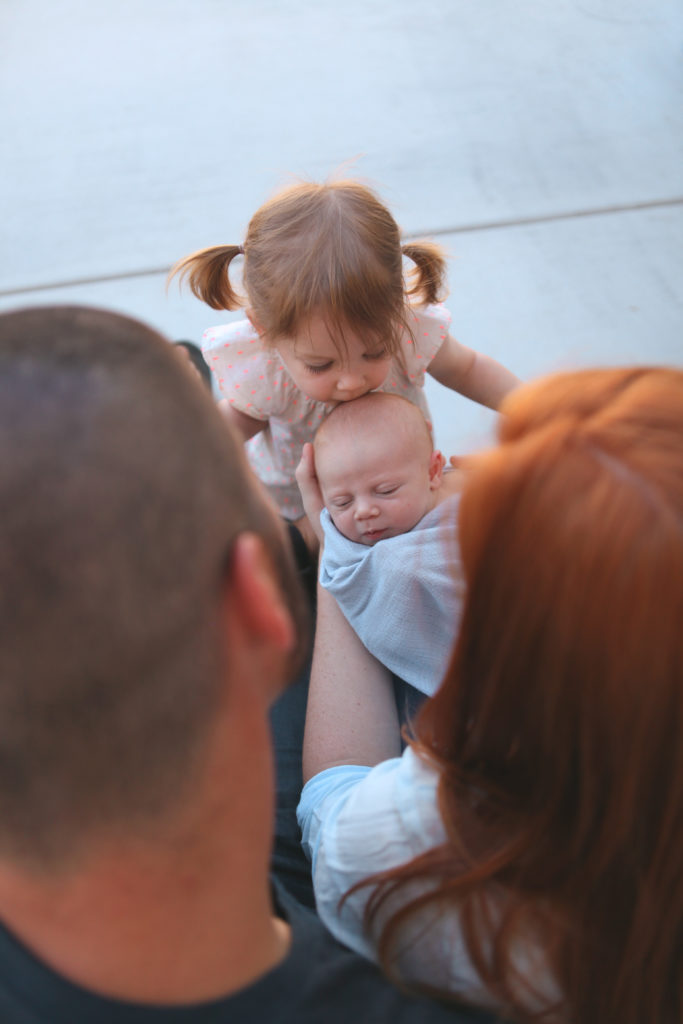 I always had a feeling that this baby would come before his or her May 7 due date.  There was some confusion early on whether my due date was April 28, or later, but during the first ultrasound, they settled on May 7 due to the size of the baby.  When Saturday, April 30 rolled around, I had a feeling that AJ wouldn’t be going back to work on Monday and his paternity leave would be starting.  He had a training the last two weeks of April and was required to be at every minute of it, so he was just glad that I had held off until it was over.

On Saturday we went on about a 2.5 mile walk because I had a feeling I could get thing started with a brisk walk.  When we got to the trail, we quickly found out it was much hotter than expected, but we went out anyway.  I think the heat may have helped, actually!  I was hopeful things would get started quickly after that, but nothing came of it and I was a little disappointed.

I woke up on Sunday with the same feeling that today could be the day.  I had a few mild contractions that never really amounted to anything.  That night as we were sitting on the couch watching TV, I had a contraction that definitely told me things were starting.  However, considering how long Isla’s labor was, I didn’t really think anything of it.  When nothing else really happened, I decided to go to bed at around 10:00 PM.  I woke up at almost exactly midnight on May 2 with a pretty strong contraction.  I laid in bed for a while thinking it would just be one random one like I had earlier and I could go back to sleep.

When they kept coming I started to time them.  They started out around 7-9 minutes apart and by about 3:00 AM or so they were down to about 5 minutes apart.  That was about the time I woke AJ up to let him know what was going on.  Once he found out he was adamant that I either needed to eat something or go back to sleep since I wanted to avoid the fatigue I experienced when I was in labor with Isla.  He went downstairs and made me the only thing that sounded good- white rice with butter and salt.  My contractions were still coming pretty steadily about every 5 minutes and I did my best to rest in between until Isla woke up around 6:30.

At that time I called my mom to let her know what was happening and to arrange for her to take Isla.  Between the time I called her and she called in to work, my contractions had all but stopped.  I was so frustrated because they had been so consistent and strong and I was convinced I was in for another long ordeal.

AJ ended up staying home and we kept Isla at home with us for the majority of the day.  That ended up being a mistake because she was really cranky from teething and hearing crying through the occasional contraction was not fun!  My contractions would come and go and I had them consistently for an hour or so and then they’d stop again.

My mom came to get Isla around 3:30 and AJ and I tried to watch TV while I bounced on my yoga ball.  At about 4:00 I had a really strong contraction like I’d been having all morning.  I’d had a few random strong ones, so I was surprised when I felt another about five minutes later.  At about 4:45, all of a sudden something switched and they were coming consistently at about 3-4 minutes apart.  At this point we called the hospital and told them we would be on our way.  I hadn’t packed anything and I sort of took my time getting everything together, half expecting them to stop out of nowhere again.  I even told AJ to hop in the shower thinking they’d stop, then yelled at him a few minutes after he got in to hurry up!

There is no direct way to get to the hospital from our house and you have to drive through a congested area by the mall.  We always joked that I’d go into labor at rush hour, and sure enough, I did!  We left the house around 5:15 and stopped at McDonald’s (the only fast food place on the roundabout way we went to try and avoid traffic) so I could get some french fries because I knew it would be a long time before I would be able to eat again.

We got to the hospital around 6 where I got checked in and sent to a birthing room. I had a really great nurse who was totally on board with the birth plan, which simply was- avoid the long, drawn out ordeal that was my first experience. I wasn’t opposed to meds, but I had a lot of confidence in my body that I could do it naturally and I wanted to give it my best effort. I was about 6cm dilated when I got to the hospital, so I felt like I could do it.

I labored in the room for a few hours and kept getting the feeling I needed to push, but every time the nurse would check I wasn’t dilated enough. She kept encouraging me to change positions, but every time I’d move I felt so much pressure and pain. It took me so long to move that I’d get stuck in weird positions with each contraction.

Finally I found a good position where I was hugging the back of the bed. At this point I remember asking for an epidural and I overheard the nurse say to AJ that she thought I was in transition. I thought she was trying to play some mind game with me to get me to hold off on the epidural, because then she told me the anesthesiologist was on his way but he was really busy.

Trick or not, she was right and I was ready to push. I ended up pushing for two hours. I remember thinking how it shouldn’t take this long with my second, but when he was just about out, they told me that he was sunny side up (facing up instead of down) and that’s what was taking longer.

This time, my water never broke and they had to break it as I was pushing. I was so relieved when they broke it and couldn’t believe how much fluid came out. It was so different to experience it that way as opposed to the slow leak I had with Isla.

We didn’t know the sex of the baby until he was born and we were shocked to find out that he was a boy when they put him on my chest. I got further confirmation of his boyhood when the first thing he did was poop on me!

My experience the second time was completely different than the first. Everything was much smoother and as expected. I was so unbelievably proud of myself for being able to accomplish a med free birth. It had been a goal of mine with Isla, but due to the circumstances, I wasn’t able to achieve it. It was still a goal the second time, but not as important as it had been the first time. It is definitely one of my proudest accomplishments because I do not generally handle pain well an I was in such disbelief of what my body had done.

Nolan was a calm, happy baby who slept and ate well. Little did we know he would turn into a human tornado! 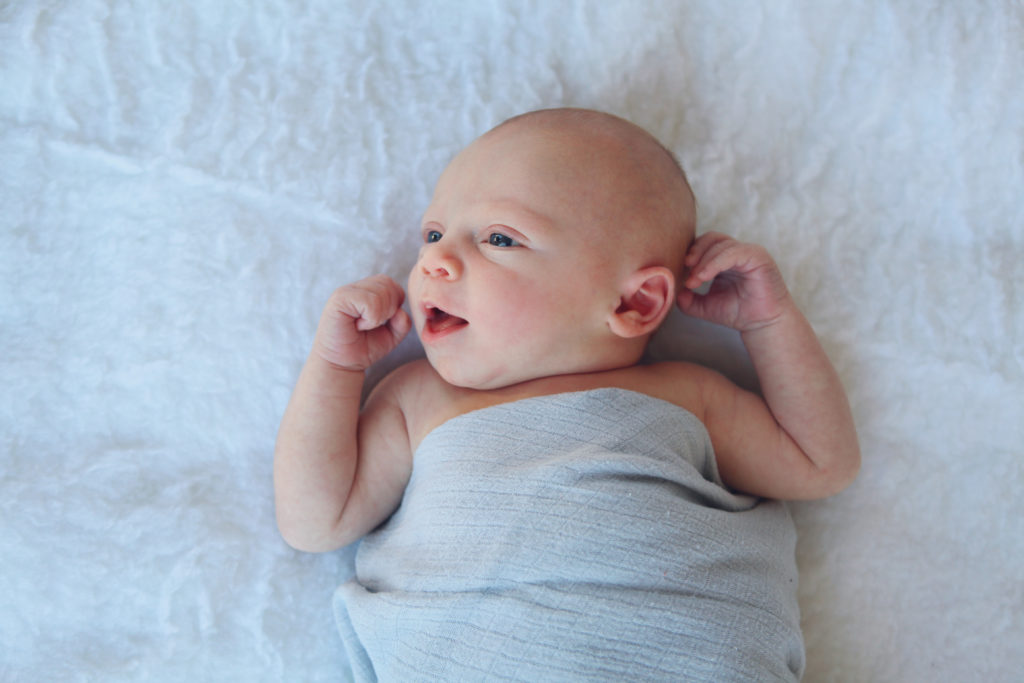 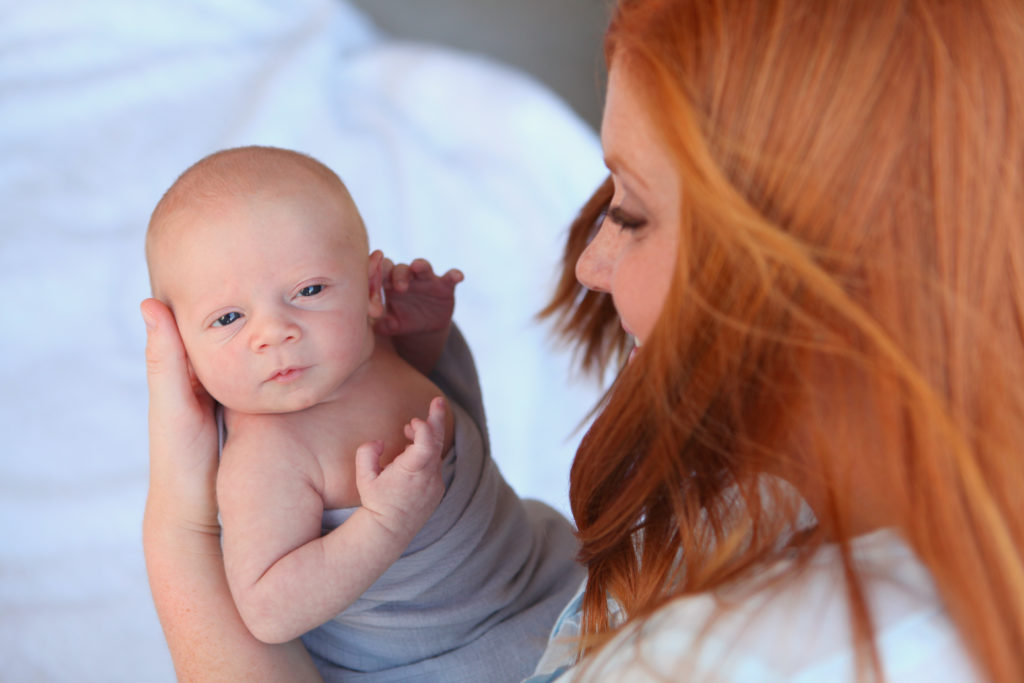 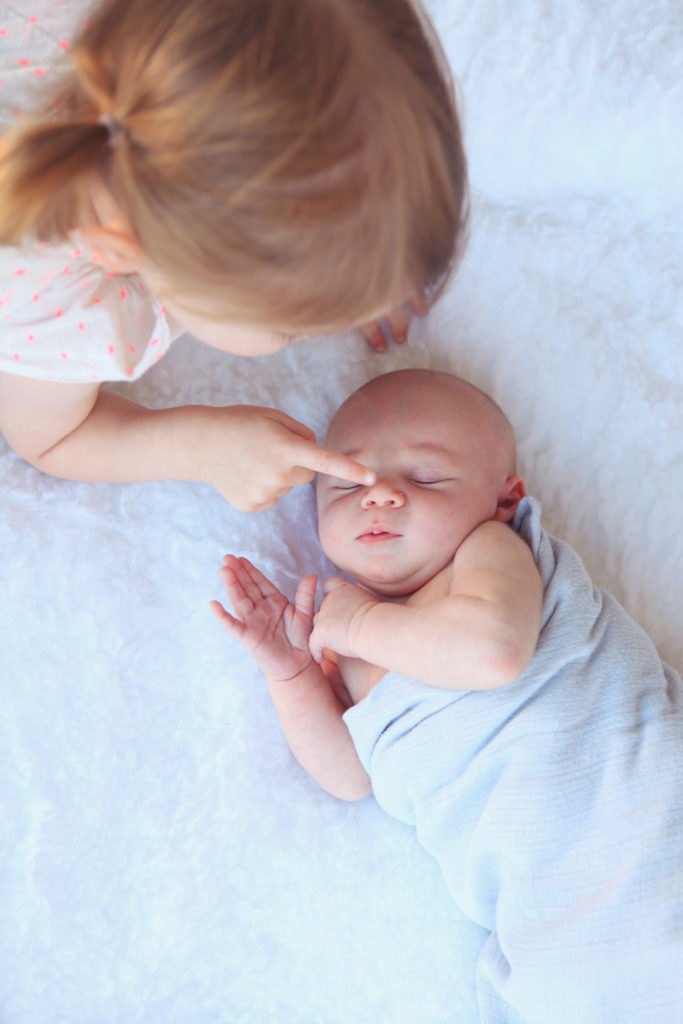