This last trip to Disneyland was Isla’s third visit. When we went last year, she was newly diagnosed and we hadn’t done any behavior therapy and had no tricks to pull out when she was overwhelmed. We also didn’t know about the Disney Disability Access Services last time, and that made a huge difference!

The Disney Disability Access Service allows guests who have a disability that makes waiting in long lines more complicated, or even impossible, the opportunity to get a return time for the attraction. It’s a lot like a fast pass in that you still have to wait your turn, but it’s available to any ride.

We feel strongly that Isla learns to “play by the rules” to the best of her ability. Waiting is an especially hard concept that we work on many, many times each day. We knew she could reasonably wait 15-20 minutes, and when that was possible, we did that. But, at a place like Disneyland where your senses are already maxed out, it is so nice to be able to remove an obstacle that is already going to challenge her coping skills. With a three day trip to the parks planned, we needed to do everything we could to promote calmness and reduce stressors. Enter the Disability Access Pass! 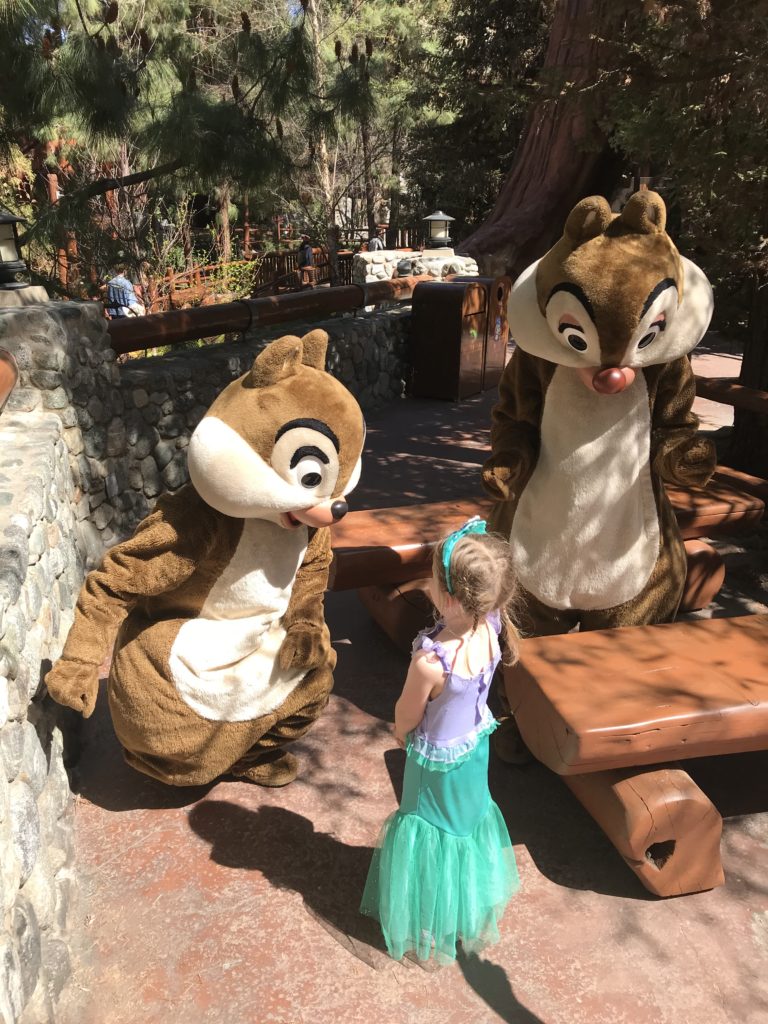 I would just like to remind anyone thinking of using it that Disney really does their best to meet everyone’s needs and really goes above and beyond most places with their services. I have never seen an angrier bunch of people than I did when I waited in line at City Hall to get the pass. Emotions run high when you travel with family (AJ and I were certainly guilty of the under your breath fights so we weren’t over heard 😂), especially to a place like Disneyland which takes months of planning and saving, but let’s all try to remember that kindness is the best policy and nothing is perfect. Let’s try to save the yelling and cussing at Cast Members for something really serious, people! Yes, I really did witness this! Overall, we had a really good experience with the Disability Access Pass. It definitely made our trip easier and helped us manage the affects of autism on our vacation. Autism isn’t something we can choose whether or not to deal with, or leave at home, and we certainly had to do many things to manage it throughout our trip, but it was nice to be able to remove the stress and anticipation of waiting in lines!

10 Tips For Disneyland with Kids for First Timers || Planning For Disney: Tips, Tricks, Hacks, Secrets and What to Wear || 10 Ways For Mom to Survive Disneyland With Toddlers || Disneyland: What We Wore || Saving Money on a Disney Vacation