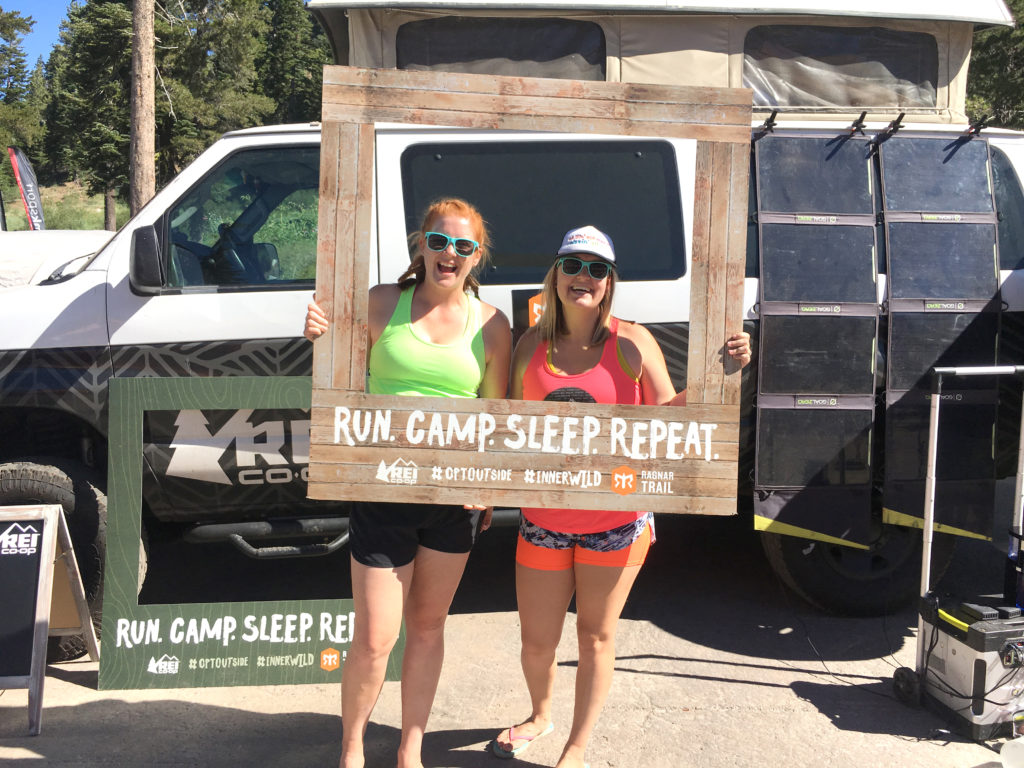 This past weekend Brittany and I completed our first ever Ragnar Trail race in the Tahoe National Forest.

Ragnar Trail is a team relay where teams of 8 run 130 miles (about 17 miles individually).  Each team member completes a green (easy) loop, a yellow (medium) loop and a red (hard) loop.  Your first runner goes out on their green loop, they pass off to the second runner to do his or her yellow loop, then they pass off to the third runner to do the red loop and you cycle through until all runners have done all three loops.  And you keep going until you’re done, which means more than likely you’ll be running at night during one of your loops.  In between running, you’re camping, trying to sleep and hanging out with your team.

This year about 300 teams participated.  The race starts in Ragnar Village where the starting line and campground is located.  It basically turns into a makeshift shanty town for about 48 hours.  They also have food and merchandise vendors and a campfire. 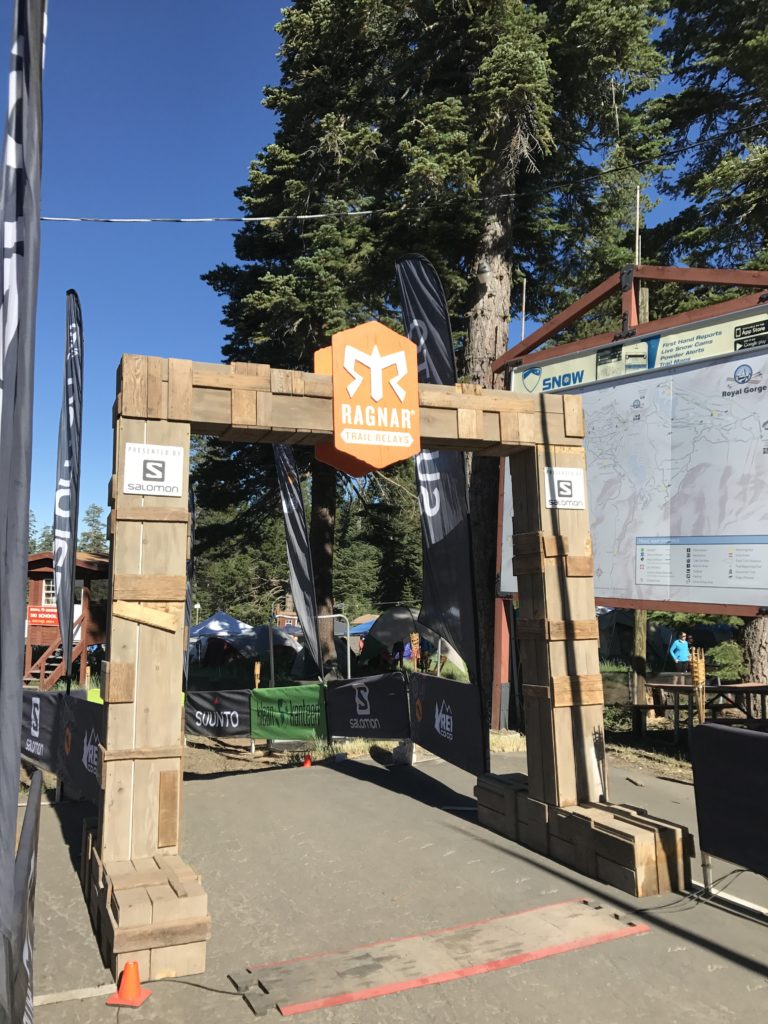 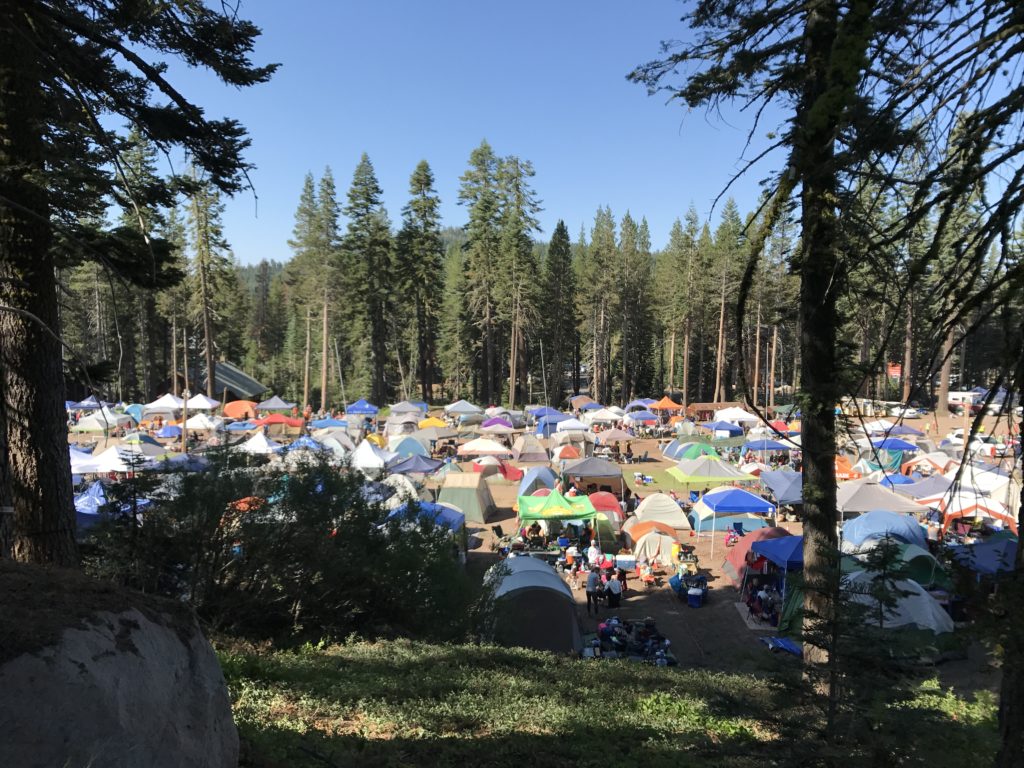 Our team started at 9:20 am on Friday.  Brittany was the third runner and started on the hardest loop.  By the time she set out it was already pretty warm, probably warmer than we had anticipated, especially when you’re out on a ridge above the tree line.  Elevation also played a big part in this race.  We train in Auburn, CA which is higher than where we live, but not really that high when compared to Truckee where the race was.

I was the fourth runner, so I started on green first after Brittany got in.  I ended up doing my first loop at about 1 pm.  It was only hotter now and the elevation got to me quickly.  I was definitely a little scared after this one because it was the shortest and supposed to be the easiest, but it was already challenging. 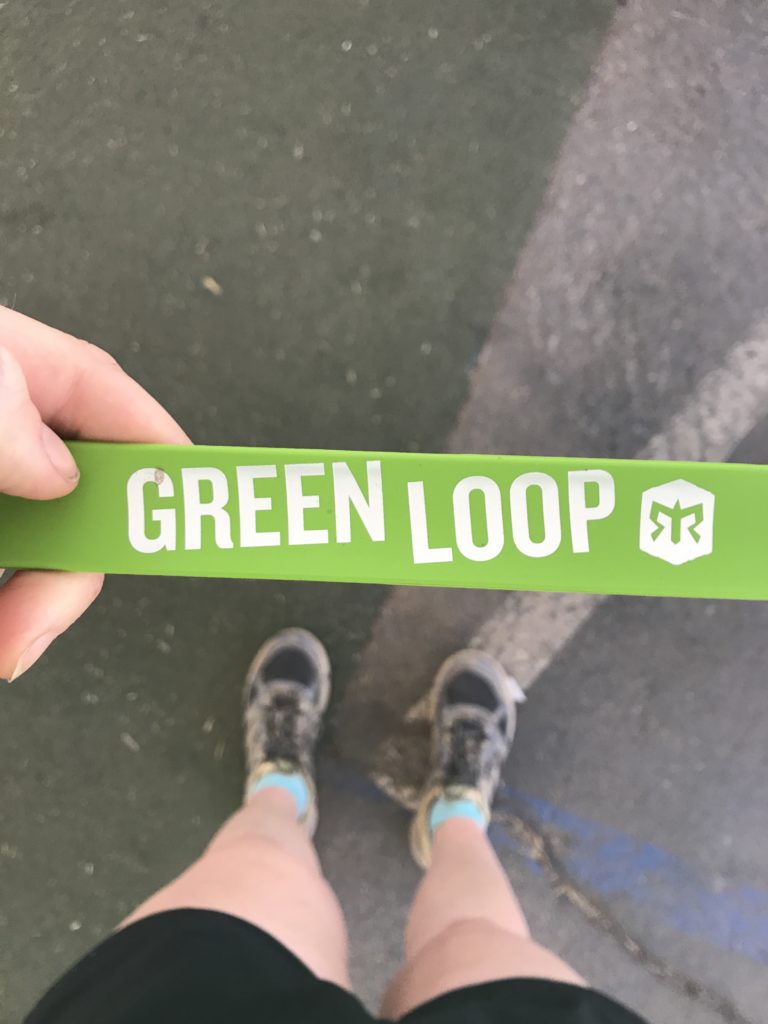 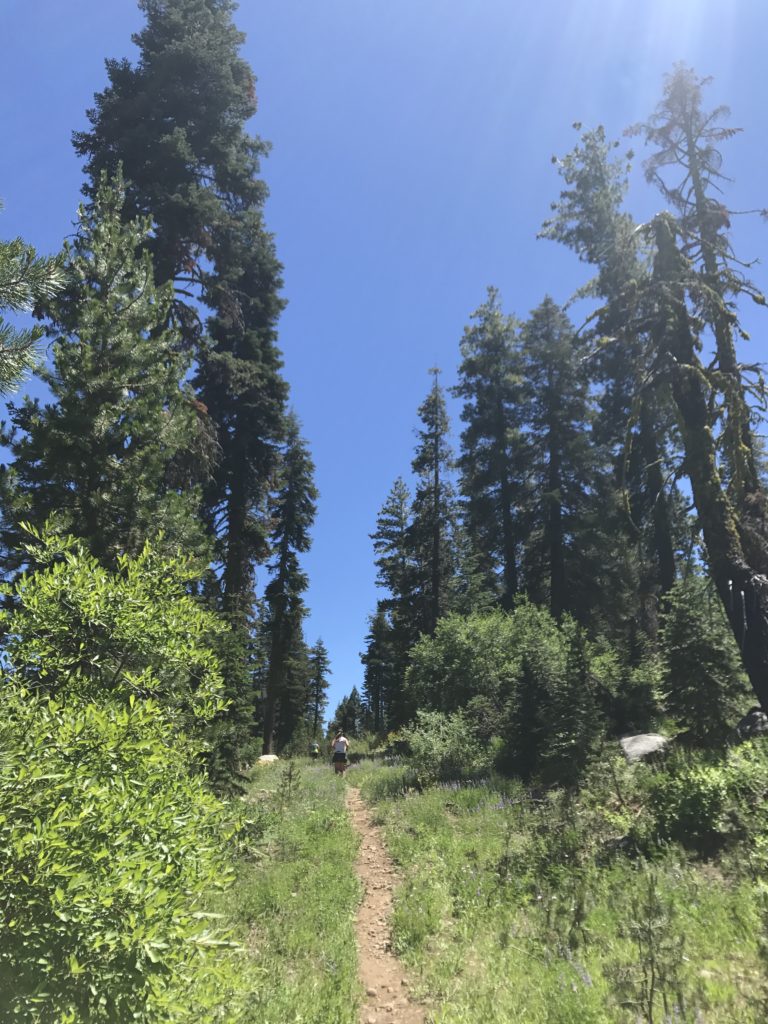 When I got back Brittany was in pretty bad shape, although she definitely didn’t want to admit it.  She was having a hard time getting and staying hydrated, which prevented her from eating, which prevented her from recovering and fueling up for her next run.  She had to make some quick decisions since her next run would be coming up.  She ultimately decided to sit out her next yellow loop and it just so happened that another mama runner was camping with her family nearby.  She was able to run in Brittany’s place and saved our team from having to run additional miles.

My second loop was red.  By this time, several runners had been out on this course and had reported back that there was a pretty steep climb, but the view was breathtaking.  Well, turned out that I did this loop around 10:30pm and that breathtaking view was pitch black.  I was definitely most nervous about this run. I’ve done plenty of night runs on road with street lights, but only a handful of night trail runs and all of those had been at dusk.  The best thing about Ragnar is that there is always another runner out on the course with you and there really was only one time where a few minutes had passed since I had seen another runner and I was second guessing whether I had lost the trail.  The last thing I wanted to do was get lost on a trail at night!  The climb was difficult, but I think the fact that it was masked by the darkness made it a little easier, at least mentally.  That and the fact that it was at least 20 degrees cooler!

I got back into camp around 1 a.m. and by the time I got cleaned up, changed, and ate it was about 2 before I got in bed.  I got about four hours of sleep.  Our campsite was next to the port a potties and it’s pretty hard to sleep through the sound of those doors slamming. 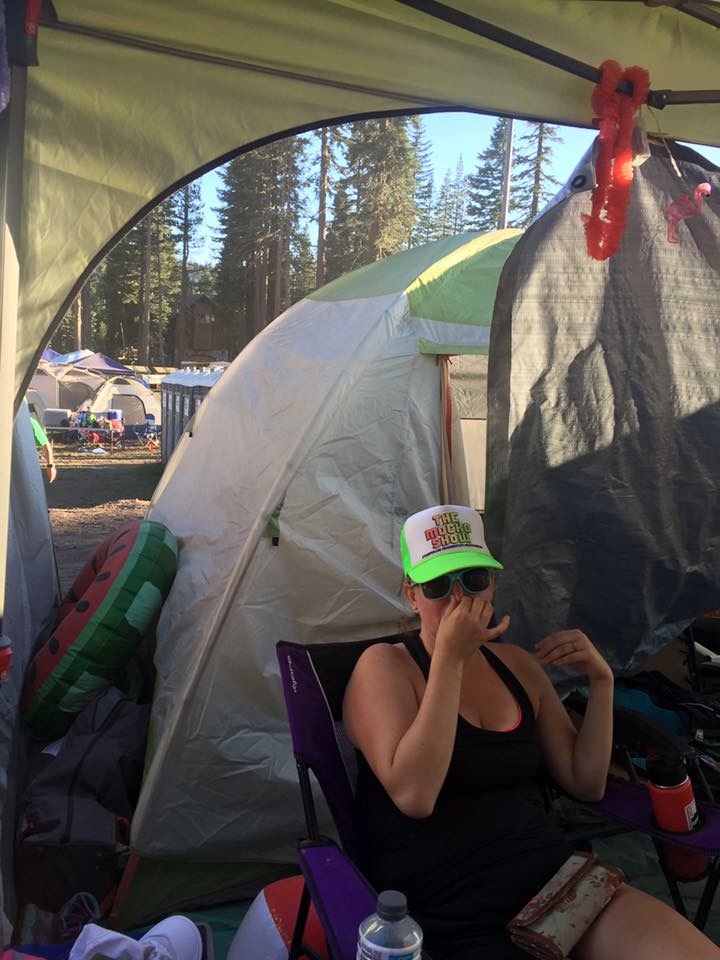 Brittany felt well enough to head out for her last green loop.  Another team member headed out with her to keep her company.

When she got back, I went out for my yellow loop.  This route had two big climbs in it- one right out the gate and one halfway through.  I hated this loop and would have gladly run the red loop twice to avoid this one.  I started out around 9 a.m. and it was already hotter than the day before.  The trail just kept coming and coming and didn’t seem to ever end.  The fact that we still had four more runners to go after me before we could be done definitely added pressure.  The longer I took, the longer I kept my team there but my legs were heavy and my body was tired and I wasn’t properly fueled.  I was so glad when I crossed the finish line and was able to pass the bib on to my teammate! 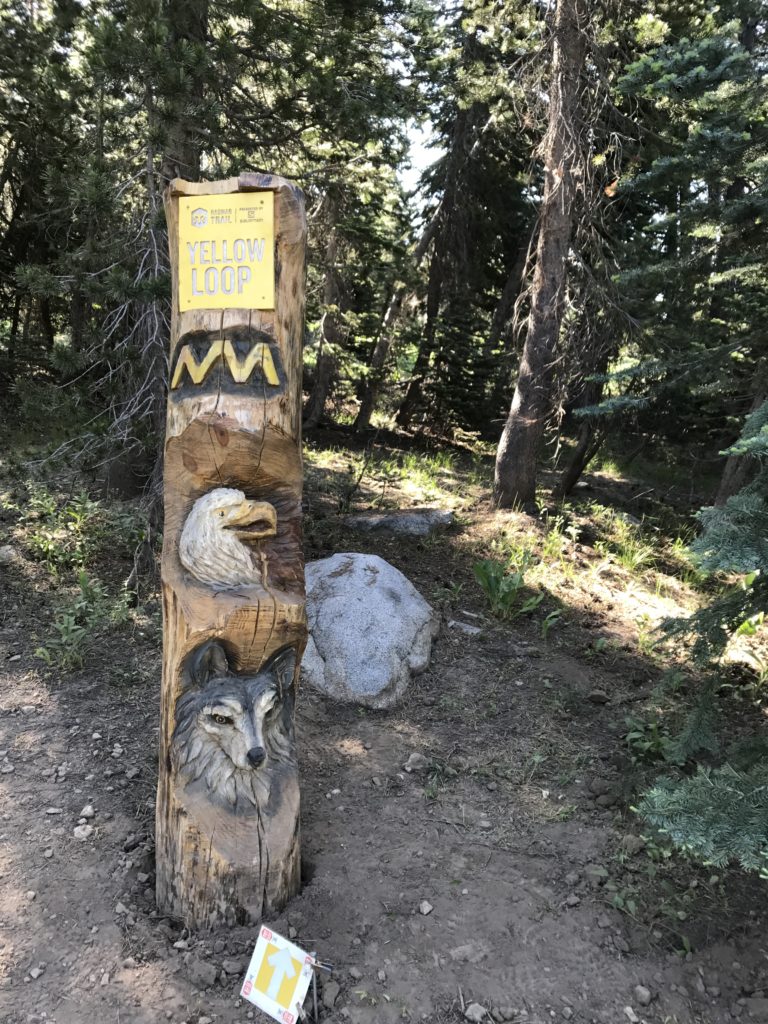 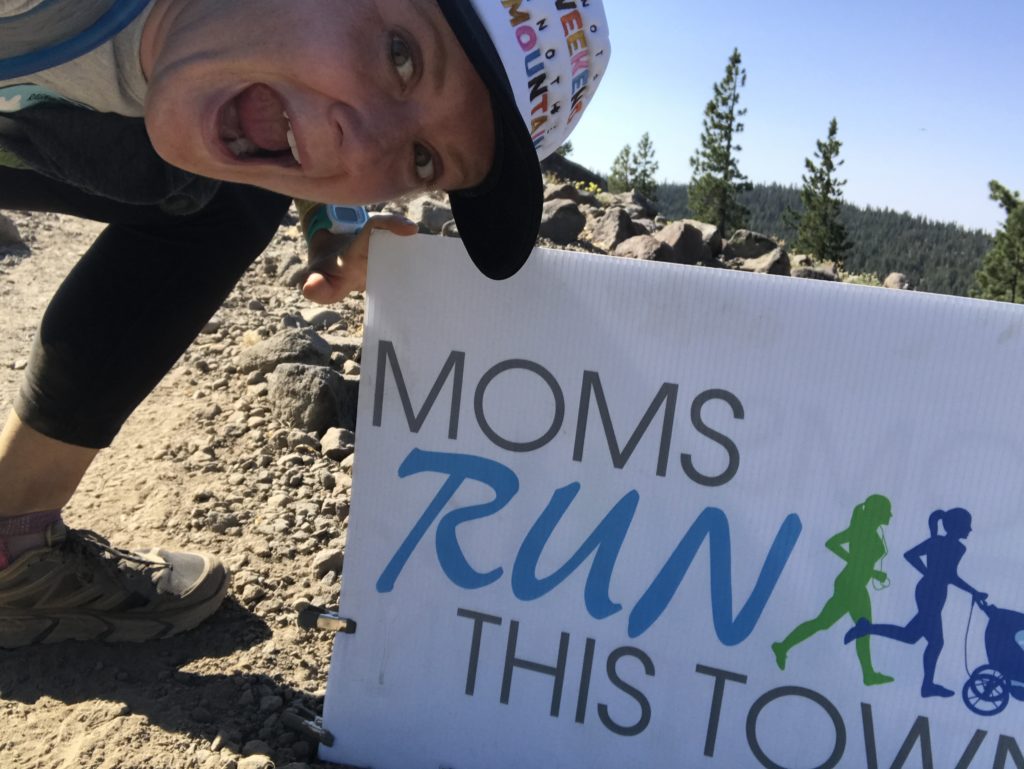 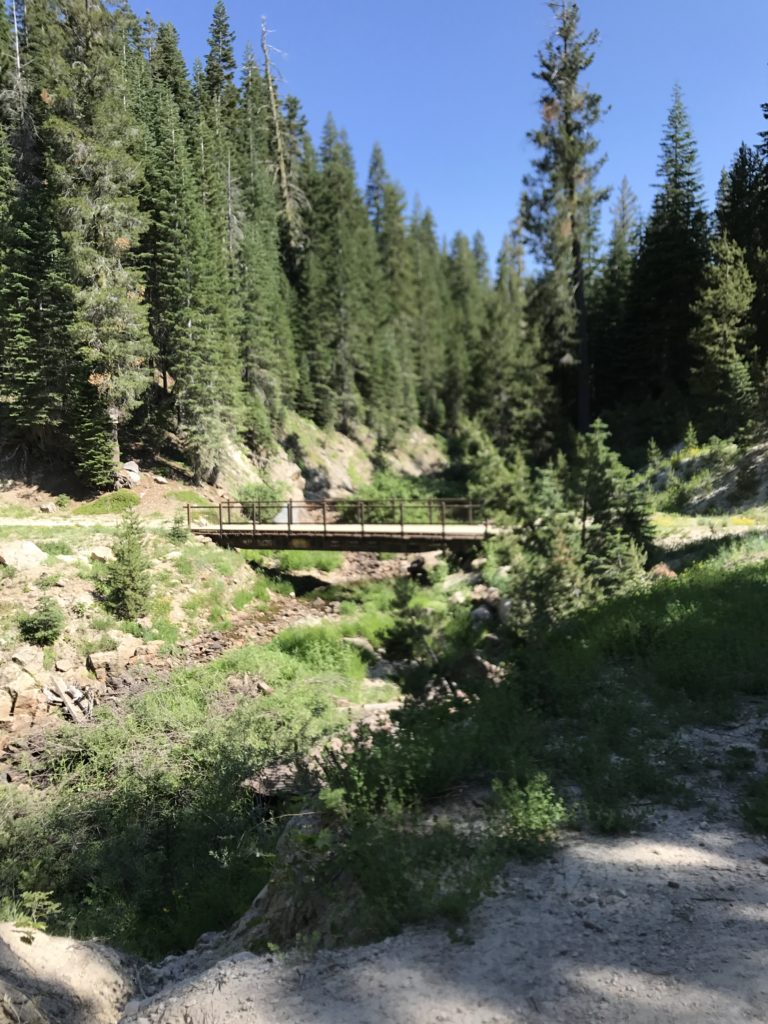 Our last runner came in around 4:30 p.m.  She finished on her red loop and was such a trooper.  So many people were dropping from dehydration and it was so hot, but she did it!  I think she even finished a little faster than we anticipated!

Ragnar Trail was such a unique, exciting experience. It’s not often you get to be around that many other people who also think something like this is fun.  It was nice to not have to answer the “But why?!” question.  It was by far the most challenging race I’ve ever done.  There are so many elements that I hadn’t encountered, like the elevation, lots of solo running, the heat and the fact that you are camping between runs with little opportunity for good sleep and limited time to refuel in between. Brittany and I are lucky to be part of a large, active chapter of Moms Run This Town (MRTT), which is a free running club for women.  We have made so many good friends (including each other!) that talk us into doing these crazy things that we wouldn’t otherwise even consider.  It was such a great experience to be with other women who understand what you had to coordinate and leave behind in order to come, cheered you on and worked with you to accomplish a goal, even when we weren’t sure we could do it. We decided it’s like child birth.  We are saying we’ll never do it again because it just happened, but give us a few years and we’ll probably be back!  Overall, we’re proud to call ourselves Ragnarians (but don’t worry, that’s the one and only time we’ll ever use that term), even prouder of what our bodies can accomplish, beyond thankful for the husbands and grandmas who helped hold down the fort while we were gone and #blessed to be able to spend the weekend running through the beauty of the Sierra Nevadas.  But, I’d say the most valuable lesson I learned this weekend is to always, always guard your fries from Brittany. 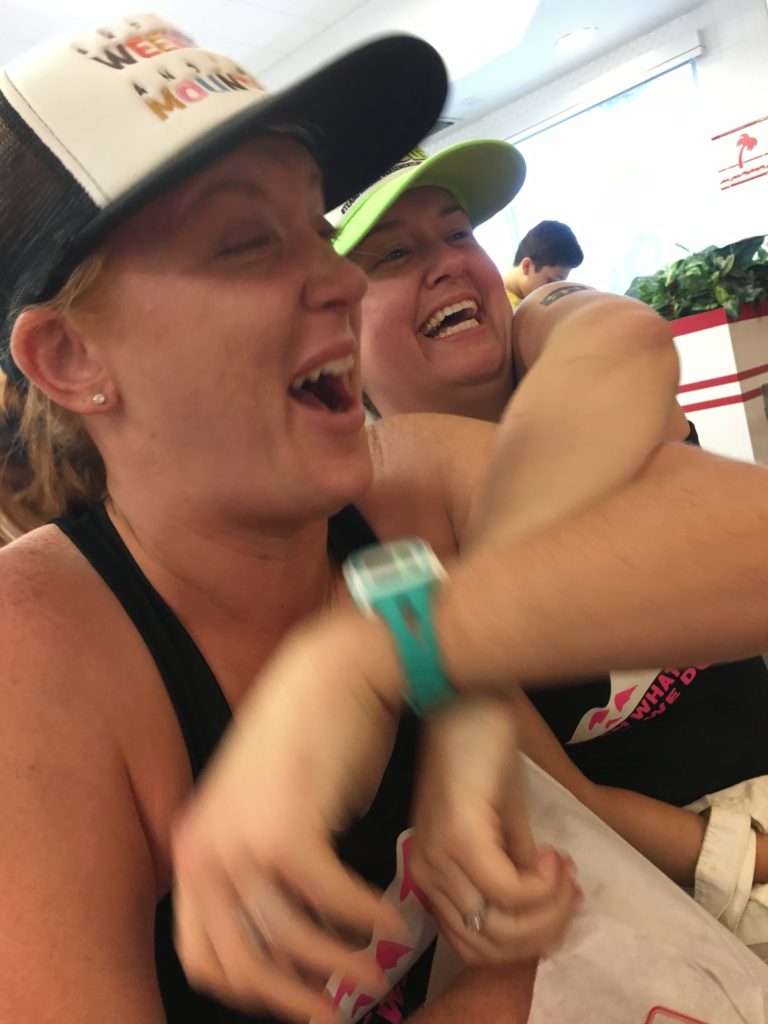