By the time you take your fresh bundle of joy home from the hospital, you’ve heard countless times about the fourth trimester and the multitude of changes headed your way. Your life is about to be turned on it’s head- physically, emotionally…basically in anyway possible. I rode this emotional rollercoaster after both of my kiddos were born and that fourth trimester is a very real thing.

Recently, I’ve been having a really hard time in the motherhood department. I stay home and am alone with my kids way more hours than should even be allowed. Overtired, overworked, out of patience are normal for me and others in my line of work, but this felt like more. Just this overwhelming feeling that all of my nerve endings were exposed and any little thing set me off. Like there was a fire that had to be put out every time I turned around. I felt like I did when I had a new baby in the house. Household routines suddenly weren’t working, I felt stretched extra thin and my usual way of managing daily life was collapsing all around me.

The only thing was, there is definitely no new baby in this house. In fact, if anything, with two toddlers (A toddler and a preschooler? What is the cutoff there?), I should have been hitting my mom stride. Or so I thought. But I just couldn’t shake this feeling like I had taken crazy pills.

So I started thinking- when did this start? What could have caused this feeling? There haven’t been any large scale changes. If anything, the recent changes in our daily life should have been making things easier. My husband’s work schedule has been the most steady and predictable it has ever been, I had two kids in school at the same time twice a week. We have had a busy summer, so I chalked it up to that.

Then it hit me. I’m not crazy, I just have a two year old. Suddenly, it all clicked and I remembered feeling this exact way with Isla when she was two. Sure, when Isla was two I had an actual newborn and we were dealing with a few other things, but I remember thinking that the second time around the newborn was a piece of cake and it was the toddler monster I didn’t know how to handle.

Having a two year old cues the start of the Fifth Trimester. Your somewhat controllable, predictable baby suddenly becomes the most irrational, independent thing on the planet. No one tells you this will happen again a second time, but your world is flipped on it’s side yet again with a two year old. Yes, you technically had a toddler since his or her first birthday, but they really aren’t a full fledged toddler in my book until they turn two. That’s when all sensibility and logic is deprogrammed from their brain and replaced with a vocabulary featuring only the word “No,” screeches that can shatter glass and an insatiable need for chaos and destruction. A two year old human is the closest relative of a honey badger because, you guessed it, they don’t give a [email protected]

To make it worse, this attitude is coupled with a new physical prowess that makes them literally unstoppable. Seemingly overnight they are as fast as Usain Bolt, as strong as the Hulk, as slippery and hard to hold as an eel, and climb things with as much ease as Spiderman. Remember those fruit snacks you said they couldn’t have until after dinner? Well, good luck holding that line you drew because there is no refrigerator tall enough or lock strong enough to keep them from getting them. I have done more baby proofing since Nolan has turned two than I have in my career as a parent. Told them it’s time to leave the park? Good luck carrying them out of there because they have just melted into a puddle of emotion. If they decide they aren’t moving, there is pretty much nothing, short of bribery, that will get them moving in the direction you want. 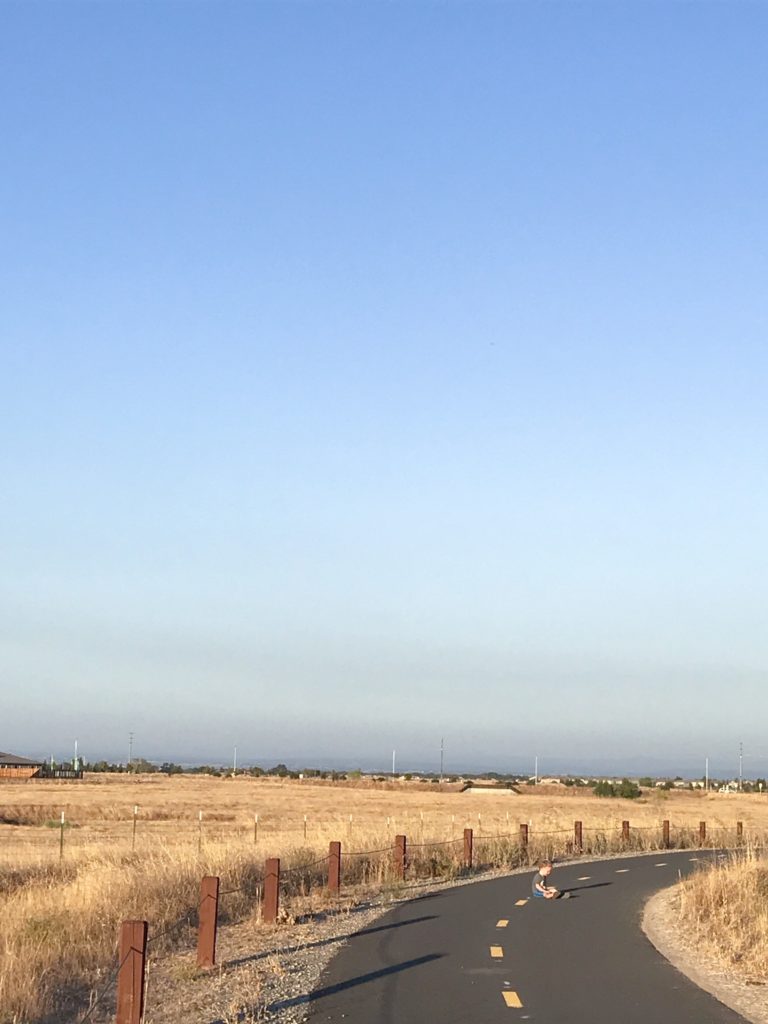 Developmentally speaking, there is a ton going on in their little minds, to which I am sympathetic. To a point. Yes, I know there is mountains of research that explains in depth all of the changes a 2 year old goes through. I understand that this is a normal part of human development to go through this phase, but that doesn’t prepare you for actually living with a two year old and spending 98% of your time with one. You just cannot reason with a person who insists that this is the proper way to wear their flip flops.

Every day feels like a hostage negotiation and it’s exhausting to police someone as much as a two year old requires. It’s literally impossible to stay sane when you live with a two year old.

Two is the absolute, hands down, worst age. I stand by that bold statement wholeheartedly and I will take on anyone who challenges me on that point. I’m not even going to try to soften the blow for others with a platitude like “but at the end of the day he just brings so much joy to my life, it’s all worth it!” Maybe it’s the emotional highs and lows of being in the middle of the Fifth Trimester, but that’s bull. I definitely have a particularly feral two year old on my hands, and his particular brand of chaos guarantees to make you crazy, so it’s highly probably that is what’s contributing to my opinion.

Whatever the reason, I don’t enjoy this age and I will not feel bad for that for one second. That is one of the biggest myths of motherhood- that you must enjoy every single second. Is every second of it bad? Of course not. Nolan makes me laugh daily because the majority of his shenanigans are hilarious and nothing is cuter than his tiny little voice speaking in sentences. There is nothing better than when his pudgy hands grab my cheeks and he plants a kiss on me. And, gah, don’t get me started on his head of curls. But truth be told, those adorable curls are the only thing keeping me from asking the fire station what their statue of limitations is on the Safe Place policy most days. All of those things might be sweet and endearing, but I would trade them in a second for no tantrums and better executive functioning skills that come with older kids.

So if you feel like you are losing your damn mind, don’t fear. You are probably just in the midst of the Fifth Trimester. Yours might not be at two, maybe you’ll get a threenager, or you might even have a few more years and your teenager will trip the Fifth Trimester sensor, but I promise it will come. I give you permission to not like that stage and I promise to not label you as The Bad Mom if you happen to voice this opinion out loud. I know it doesn’t mean that you don’t love your child, it just means that you are counting down the days until their caveman brain is replaced with a proper functioning human brain, and there is nothing wrong with that.