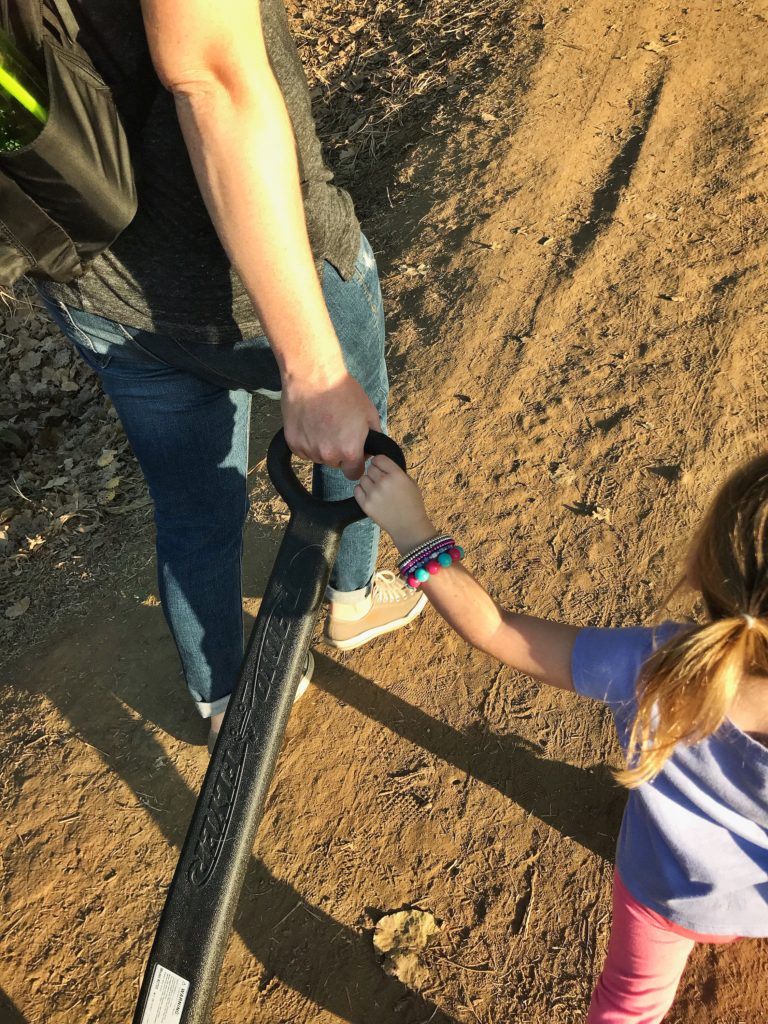 When you’re raising a child on the autism spectrum, there are always a lot of reasons to cry. Frustration, exhaustion, helplessness, worry, fear, or the fear of the future. You’re never really short on emotion, just short on time to release and unpack all that emotion. Sometimes the enormity of raising a special needs child builds up and hits me out of nowhere and that’s what happened last week.

I had just finished the first episode of The Good Doctor after I had gotten the kids down. This isn’t a show I’d normally go out of my way to watch, and I don’t even think it’s any good, but I feel obligated to watch since the main character is on the autism spectrum.

I realized that although our family has come a long way and made so much progress, our work is just beginning and there is still so much to learn. I began to get the sense that this was now going to be a normal pattern for us. Figure something out, meet the next obstacle, repeat ad nauseam.

I was pulled out of my own thoughts when I heard Isla call out for me. She still doesn’t sleep through the night and needed me to lay next to her. I pulled myself together, crawled in bed with her and as I watched her chest slowly rise and fall in the shadows of her darkened room I just worried for her and all the other children with autism. What kind of place would the world be for them when they became adults?

Then today, I went to pick her up from school. She’s about a month in at her new school and while her teacher assures me she’s doing well, we’ve been seeing the effects of the transition at home, so I never quite now what kind of mood to expect when I pick her up. Today I got happy, jubilant, silly Isla.

Her teacher saw me at the gate and called her name for her to head out. She bounced down the steps with a giant “Mommy!! Nolan!!” and hugged my leg. She turned around and belted out, “Bye! See you tomorrow!” at her teacher as she waved.

As much as I try to train my brain away from the constant normal vs. different debate, sometimes it’s comforting to get these “normal” moments and this common, mundane routine of picking up a child from school today felt so normal. These moments comfort me and remind me that my expectation of motherhood isn’t completely ruined by autism. We can still experience all those moments. It may take longer to get there, but we can.

She took my hand and I started to lead us in the direction of the car and ask about her day. I always ask, usually with no answer, but today she was ready to talk. More normal.

She stopped suddenly as we passed a boy and his mother. “Look, it’s Mr. Luke! Hi, Luke!” Then she preceded to point out all the details of his backpack as he said hi back. Normal. (I should add I have no idea if his name was Luke, but I really didn’t care. I was going with it.)

As we kept walking, she pointed out two more kids from her class to me then identified our van. As I loaded Nolan into his seat, she stood patiently on the sidewalk and had a quick conversation with another girl and her mother as they walked by on the way to their car. Then, I helped her into her side of the car as she buckled her own seat belt (When did she learn to do that?!) and chatted more about what she had done at school. A full account of her day, with details no less. So, so normal.

This was just too much normal for me to bear and I could feel my eyes welling up behind my sunglasses. This scene may seem so ordinary, so run of the mill, but for us these moments are so fleeting and hard earned. When I get to experience our hard work paying off and enjoy my sweet, happy girl undisturbed by the lack of emotional regulation, sensory overload and her brain working faster than her mouth can spit the words out, I can’t describe how happy it makes me, and so I cried. Hard.

I live for these moments. They give me just enough to fuel me through the next rough hour, day, week. It’s like a nod from The Universe telling me to keep fighting. What I’m doing, the choices I’m making for her are right and hard and worth it.

Progress with autism is often slow, which doesn’t jive with the fact that parents of autistic children are often told how important early intervention is. I spend a lot of time worrying if what we’re doing is even making a difference or if we’ve missed the window. I’m learning more and more that I can trust in Isla and she will rise to the occasion. She is listening and learning, even when she doesn’t display it. She put so many of my fears and worries to rest in just a few minutes. She does have friends, she wants to participate in conversation, putting her in a school setting vs full time at home therapy was the right choice.

Raising a child with special needs has, hands down, been the hardest thing I’ve ever done. There are so many ups and downs and the realities of it are some that I never imagined I’d encounter. I’ve grown so much as a person in the last three years because of her and the mother she requires me to be. The growth has been hard and I’ve resented it much of the way because it’s much more comfortable to live in a place where I could be the mother I thought I would be, rather than the mother I have to be.

But today was good. So good, I cried.