Last week was our first session of our Okayest Moms Summer Series, and even though each presenter was speaking on vastly different subjects, I couldn’t help but hear one over arching message- it’s necessary for moms to do something for themselves every day. Sometimes that will look like something extravagant like a facial, but most days it’s going to be something small, like getting enough water, going for a walk or making a doctor’s appointment you’ve been putting off. It’s essential to building our confidence as a mother and to our mental health and it’s not a luxury.

This isn’t earth shattering news, but it seems to be the one lesson I can’t learn enough times. Probably because the other message we get over and over as moms is that if you appear selfish, you will be judged for it. It wouldn’t be uncommon to hear the oxygen mask analogy one minute, and then turn around and hear someone judging another mom for doing something for herself the next.

Living in this dichotomy leads me to spend way too much time carefully thinking, and rethinking, the decisions I make to avoid any and all criticism. Which is ridiculous, because of course, there’s no way a mom today can avoid being criticized. Whether it be a family member, friend or someone on the internet, everyone has an opinion about what you are doing and a list of reasons why it’s wrong. But, it’s really true that other people’s opinions are none of your business.

It got me thinking about all the other reasons I don’t do things for myself. Sometimes it’s just pure lack of energy. Sometimes it’s lack of resources, because no matter how good a tropical vacation would be for my mental health, I just can’t afford to run off to the Caribbean every time I feel like it. Sometimes it’s guilt, but usually it’s how someone else will perceive my choices.

Yesterday, I went to the gym for the first time in a week. Working out is one self care thing I do that makes me feel more like myself and I’ve worked really hard to find time to do it without taking anything else away from anyone else in my family. Isn’t that how it always feels- like you need to barter and compromise to get something for yourself? Maybe that’s something I put on myself, but nonetheless, it feels real because time is a commodity in this stage of life.

Usually my kids like being there, and it’s just an hour. Somehow the time allotted for myself at the gym eases my guilt of making everyone tag along with me. But on this day, not even five minutes in, Isla came out crying. She’s come so far and built up so many coping skills lately, that honestly, she rarely cries. She can usually tell me what’s going on and we can work through it, but I could tell from her state, that this wasn’t going to be one of those times.

In the past, I would have packed it up, claiming I had given it my best shot. There is something I tell myself, one of the things The Committee In My Head has decided- my children being in distress, no matter how minor, trumps what I need or want to do. The Committee also decided that as their mother, I am never to be the antecedent of any of my children’s negative feelings. Which is ridiculous, because I don’t believe at all that my job as a mother is to by my children’s friend. Yet, I find myself altering entire plans at the slightest hint of a whine. Even necessary things like grocery store trips. But why? Why am I the one bending until I break? Why am I avoiding the opportunity to teach my kids resilience and the fact that if you like to eat food, then you have to do things like go to the grocery store.

I think it began as a form of survival when I was deep in the thick of two under two life and it was a habit that just got away from me. In those fight or flight days, avoiding any kind of whining was a form of self care. With a newly diagnosed toddler and an incredibly energetic younger toddler right behind, finding little ways to keep the peace was my only option to do something for myself. At the end of every day, Isla left me emotionally exhausted and Nolan left me physically exhausted. But, now that my kids are older (and I’ll never say easy, because parenting never gets easy, but they are getting easier), it’s time to break the habit. I have to raise the bar for myself, just as I do for them.

So there I was in the gym, trying to decide what to do, and I had a moment of clarity. We had driven all the way here. That’s half the battle. Nolan was happily playing in the child care room. Isla will be starting TK in a few short weeks, and I won’t be able to control every last situation to guarantee her supreme happiness. Plus, I wanted to be there. I wanted just one hour to do something for myself, no matter how much they didn’t like it. Why am I always the one bending?

Suddenly, instead of The Committee, I heard the voice of all the wise women I heard speak last week in the back of my head empowering me to do what was best for me, and I put her in a chair in the lobby of the gym and went back to my workout. My gym is smaller, so I feel fortunate to have this option. She was able to watch me, she was out of the child care room, she calmed down and I was able to finish my workout. But the biggest lesson (for both me and her), no one died because they didn’t get their way.

This probably sounds like a no brainer to so many of you, but this simple step felt like a really big win. It was a huge realization for me that I need to flex this muscle more often. Somewhere along the way, I decided that to be a “good mom”, I had to do everything for them all the time and do things for me in the margins. Except, when you’re a mom, there are no margins!

So, in case you need the reminder too, keep bartering for time for yourself. Mom is also a member of the family that deserves an equal amount of time on the schedule as anyone else. Be vocal about your needs, but more importantly be unapologetic about it, because you should never get to the point that you’re bending so much you break. But, most certainly, don’t let other people’s opinions stop you, because there isn’t enough time in the day for your needs and other’s opinions. 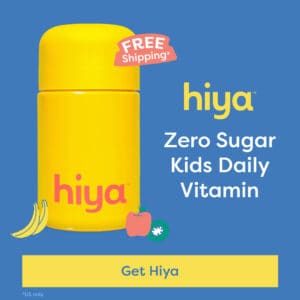 Little goblin 🐱 did we need this over the top h

My mouth is watering just looking at this picture!

What kind of legacy are you leaving for your kids?

#ad How do you cook your bacon? We started making

Happy Friday, friends! Its been a while since we'v

Here's your sign to take it easy on yourself. 💆

In today’s episode of managing anxiety by focusi

Starting Sunday off with a clean-ish table, fresh